All arrivals will be taken to designated facilities starting at midnight, according to the Korea Centers for Disease Control and Prevention (KCDC).

The strict quarantine measure comes as roughly 30 percent of the latest COVID-19 cases here were found to have come from abroad while local transmissions have been on the decline. 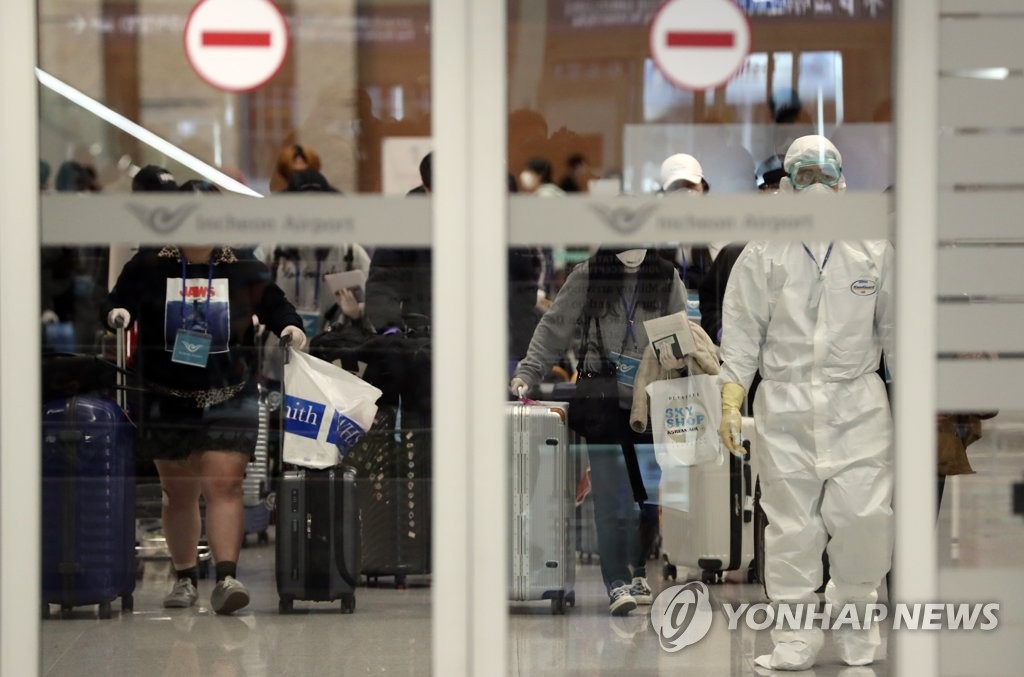 There has been a sharp decrease in the number of people arriving in the country, with the daily tally standing at just 7,000 last week, down from the normal 200,000 before the pandemic paralyzed travel. The number of people entering the country is expected to further drop under the new quarantine scheme.

Those that have been ordered into quarantine before April 1 will not be subject to the new changes, while those entering the country on official business and humanitarian missions will be exempt as well.

Exemptions will be made for diplomats and foreign government officials, with others wanting to be excluded from isolation upon arrival needing to receive a waiver from South Korean embassies abroad in advance, according to the KCDC.

Even those excluded from self-quarantine will be checked for fever and subject to a virus test. They will, moreover, be watched carefully and required to report if they feel ill.

In regards to those who have arrived in the country in the past 14 days, the health authorities will recommend they stay isolated and get tested if they show symptoms like fever, coughing and muscle cramps.

Health authorities stressed that South Korean citizens who fail to follow strict quarantine rules could face jail time of less than one year, or a fine not exceeding 10 million won, with foreigners subject to immediate deportation.

As of Monday, the country has reported 9,786 cases of COVID-19 after the first person was diagnosed with the illness on Jan. 20.