SEOUL, March 31 (Yonhap) -- North Korea's official newspaper called Tuesday for absolute obedience to state anti-coronavirus guidelines without any exception, warning that punishment will follow if the rules are violated.

The Rodong Sinmun, an organ of the North's ruling Workers' Party, carried the message in an article contributed by Ri Kyong-chol, an associate professor at Kim Il-sung University, amid concern that people may let their guard down as the coronavirus situation prolongs.

"The national emergency system refers to the new regulation and order placed so that preventive measures against infectious disease can be carried out successfully at a time when it threatens the survival and socioeconomic lives of the people as well as the safety of the country," the paper said.

"The emergency system has announced that punishment will follow if state guidelines are violated," he said, without further explanation.

The article called for "absolute obedience" at all levels and regions to the orders of the central public health committee, saying that no exceptions would be tolerated.

It also laid out the duties of each institution, including the role of hygiene-related and medical institutions in placing suspected patients under isolation and treating them.

State media reported in mid-March that about 2,280 North Koreans and two foreigners remain under coronavirus quarantine. 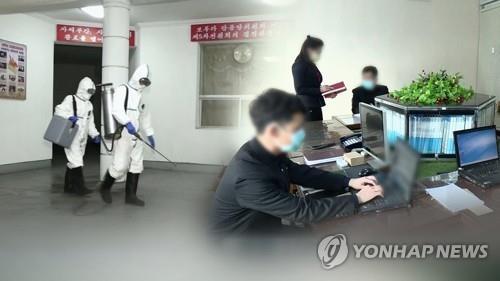