Park, the 29-year-old shooting guard for the Woori Bank Wibee, earned the MVP award for the fifth time in her 12-year Women's Korean Basketball League (WKBL) career. She collected 99 out of 108 votes cast by the media.

The WKBL canceled the remainder of its regular season on March 20 in light of the COVID-19 pandemic. Teams had two to three games left in the season, but after staging a few games behind closed doors to help slow the spread of the virus, the league opted to wipe out the season entirely. 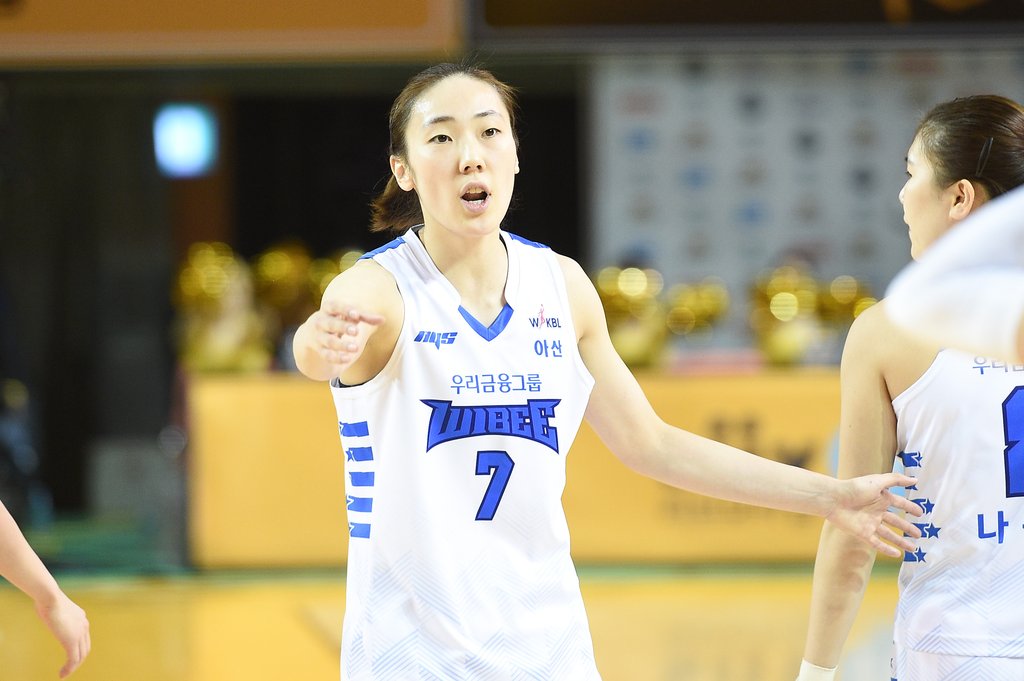 There was no awards ceremony for Park and other winners, as the WKBL simply made the announcement in a press release.

Park's Wibee had the best record in the six-team league at the time at 21-6, 1.5 games ahead of the KB Stars with one game in hand.

Park averaged 14.7 points, 5.4 assists and 5.1 rebounds per game, and was the only player to meet those 14-5-5 thresholds this season. She was seventh in scoring and second in assists.

"I thought I was done winning the MVP award, and I want to thank my teammates for their support," Park said. "I've always been my own toughest critic. I thought a lot about easing up on myself, but an award like this reminded me that hard work will always pay off."

Park offered to donate the 10 million-won (US$8,190) MVP prize money to help the fight against the coronavirus. 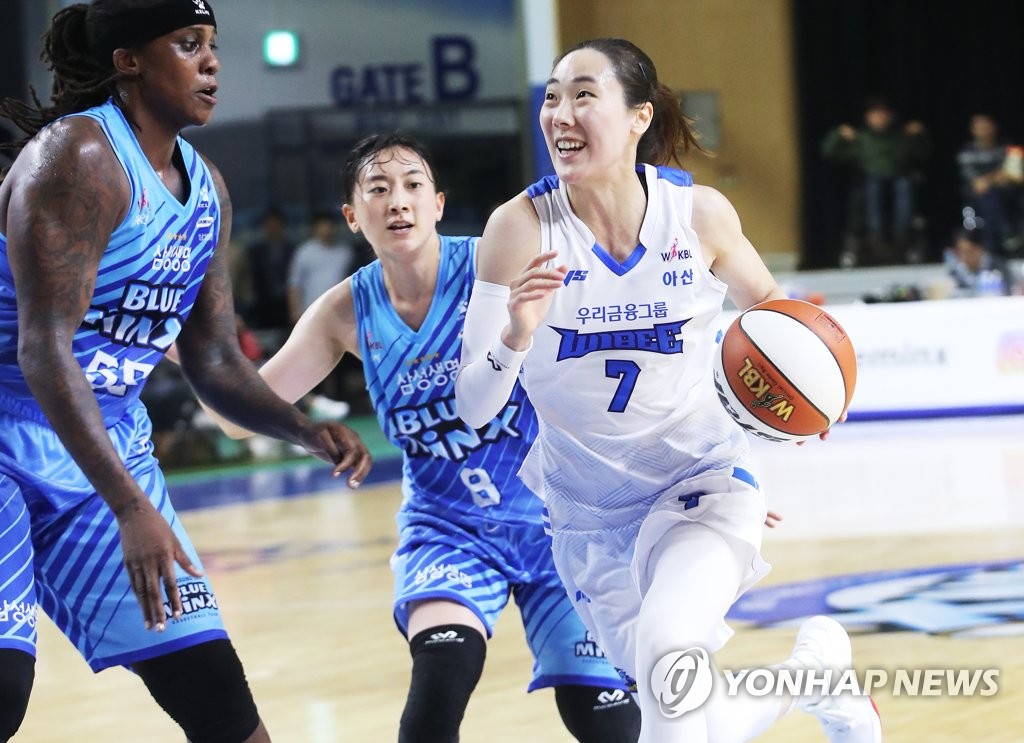 "Everyone is in a really difficult spot," Park said. "It's not much, but I'd like to donate it to a place where it can be put to good use."

Park will be the most coveted free agent when the market opens Wednesday. She also played a pivotal role in helping South Korea qualify for the Tokyo Olympics in February. With the Olympics having been postponed to next year and a longer-than-expected offseason under way, Park has plenty of time to think about her future.

"From now on, I'll put aside any individual goals and try to keep my team at the top," she said. "I'll spare no efforts in trying to become the best player I can be."