SEOUL, March 31 (Yonhap) -- South Korea denied on Tuesday the allegation that it has violated rules by giving subsidies to its shipbuilders, saying the move did not have a negative impact on the global industry.

Japan filed a complaint with the World Trade Organization (WTO) in November 2018 on the grounds that South Korea violated regulations by providing subsidies to its shipbuilders, resulting in damage to the Japanese industry.

On Monday, Seoul and Tokyo held a video meeting as part of the dispute settlement process under rules set out by the WTO, according to the Ministry of Trade, Industry and Energy.

During the meeting, South Korea reiterated that the Japanese claims were groundless and that all financial transactions with shipbuilders met WTO rules. Seoul ruled out that its actions have had a negative impact on the Japanese shipbuilding industry. 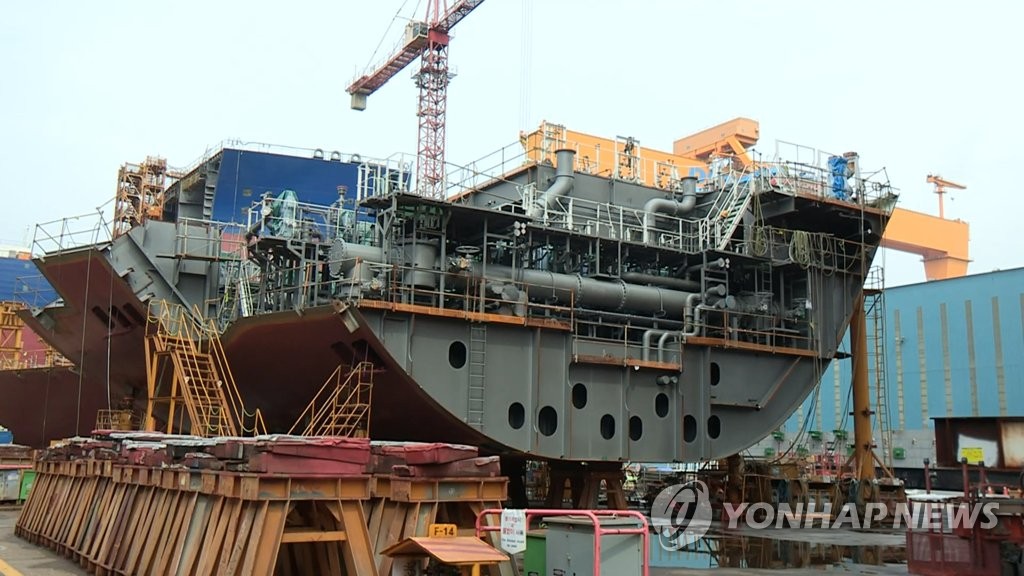 The trade ministry said it plans to cooperate with the legal procedures at the WTO.

South Korea and Japan have been in a trade deadlock since July last year, after Tokyo abruptly imposed restrictions on exports of three key industrial materials to its Asian neighbor.

Japan later removed South Korea from its list of trusted trade partners on the grounds that Seoul did not effectively control the trade of sensitive materials that could be diverted for military use.

To find a breakthrough, the two countries each made goodwill gestures starting in November last year, with South Korea dropping its WTO lawsuit and putting off the termination of the General Security of Military Information Agreement with Japan.

Tokyo partially lifted the curbs on exports of photoresist to South Korea ahead of their summit in December, but no further progress was made.