SEOUL, March 31 (Yonhap) -- K-pop super band BTS cheered up its fans and audiences across the world Tuesday with a special performance on a U.S. TV show, broadcast from the band's own studio in South Korea, in a time of social distancing over the COVID-19 pandemic.

The members of BTS were the penultimate artists that James Corden, the host of the CBS program "The Late Late Show with James Corden," connected with in his video calls for the special quarantine edition of the show, which aired Monday night (U.S. time) from his own garage.

Italian singer Andrea Bocelli, British pop diva Dua Lipa and American singer-songwriter Billie Eilish were among the other global singers and entertainers who connected from their own homes for the one-hour special episode.

"It's a difficult time for everyone in the world, but we see people are showing solidarity, consideration and support for each other," team leader RM said on the show, "Homefest: James Corden's Late Late Show Special."

"Social distancing is so crucial (right now). We are so grateful we can connect with you from here. It may seem we are isolated, but we are so connected with shared experiences, courage and laughter," RM said in his message to fans.

Member V asked after BTS fans, Army, around the world, saying, "I wish I could see and meet with you very soon."

J-Hope also reported to fans that "we are doing well." 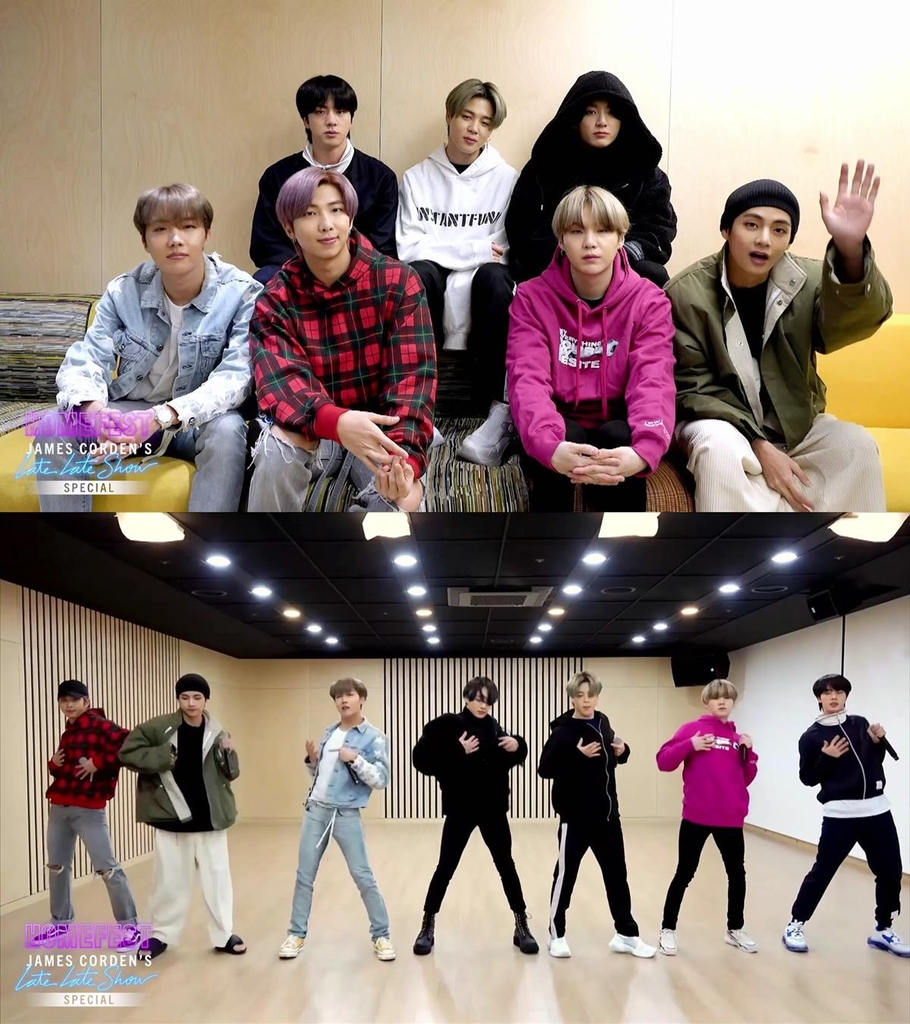 As the video call with BTS was broadcast from a small dance studio in the band's home country in South Korea, the band members appeared in sweat pants, slippers or other comfortable outfits to give a distance performance of their global hit song, "Boy With Luv."

The special episode was designed as the continuing new coronavirus pandemic suspended concerts and other public gatherings while keeping people at home for self-quarantine.

It was BTS' fifth appearance on the popular late night show. 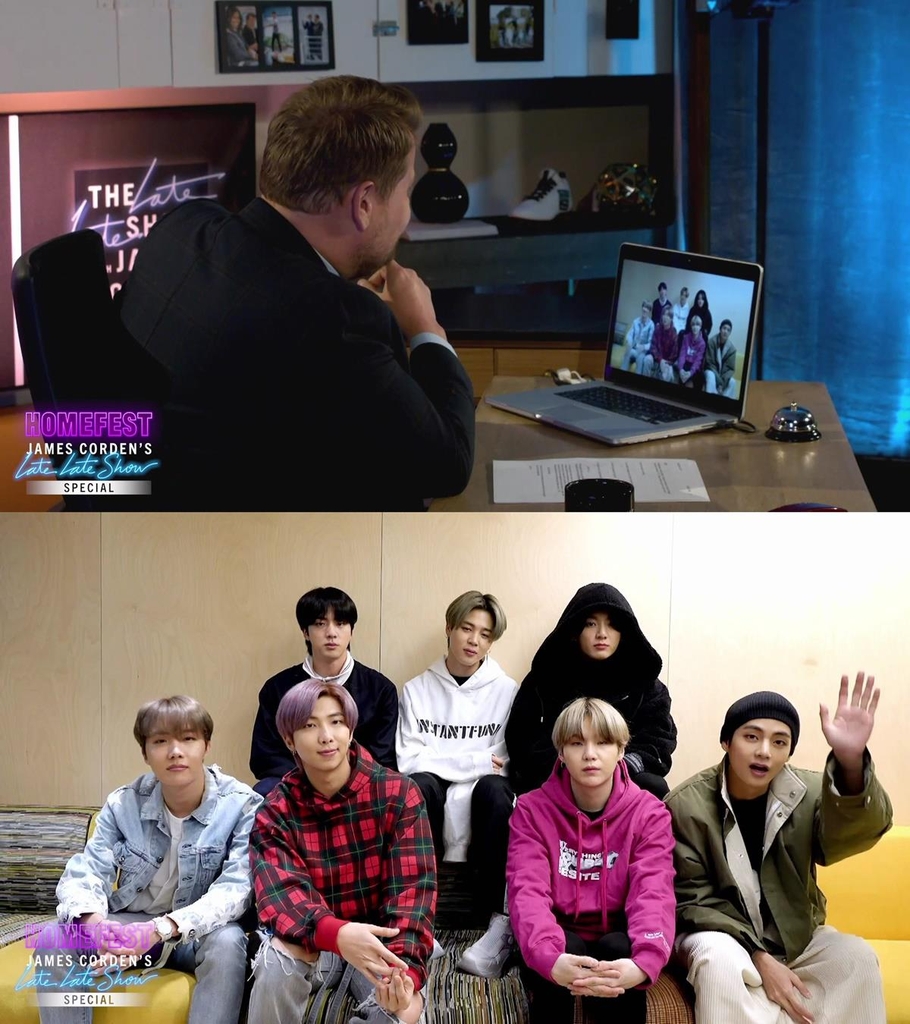 BTS performs from home for U.S. TV show in time of social distancing

BTS performs from home for U.S. TV show in time of social distancing