SEOUL, March 31 (Yonhap) -- The South Korean baseball league is pondering shortening the 2020 regular season by as many as 36 games, with its start having been delayed by the coronavirus outbreak.

The Korea Baseball Organization (KBO) held an executive committee meeting with general managers (GMs) from 10 clubs Tuesday at the league headquarters in Seoul.

The season was supposed to have begun last Saturday, but the COVID-19 outbreak forced the KBO to postpone the start indefinitely. Last Tuesday, the board of governors -- made up of 10 team presidents -- agreed that they'd work to open the season at some point after April 20, with hopes of starting April 21 and squeezing all 144 games into a compressed calendar.

But with few, if any, signs that the virus has been tamed, the GMs on Tuesday discussed pushing the start date further back to May. 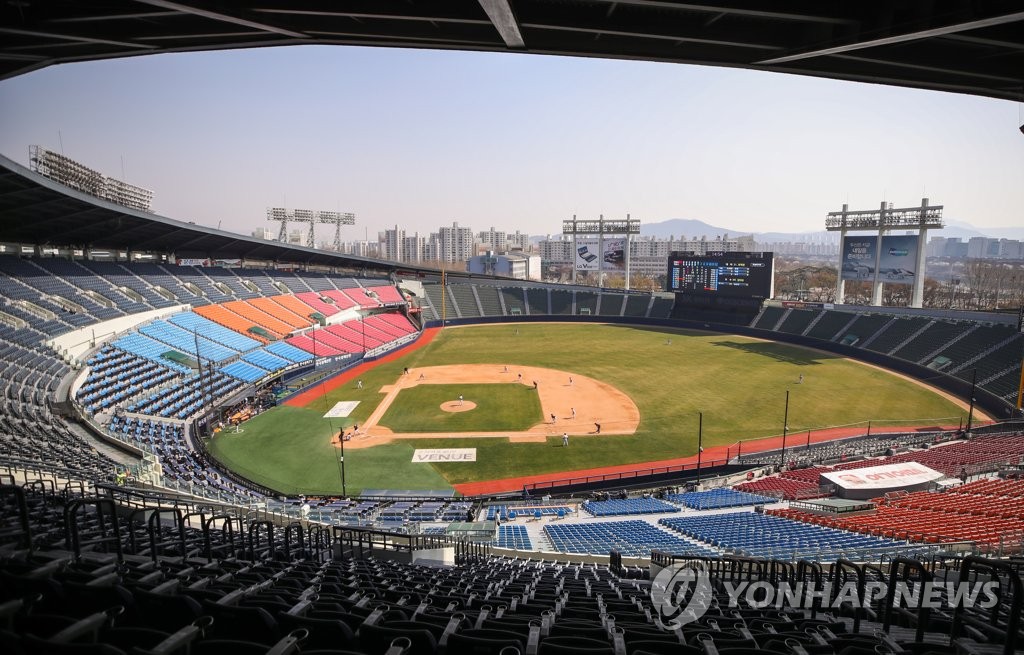 One proposal had the season beginning on May 5 and teams playing 135 games each. In that case, the postseason will wrap up by Nov. 10.

The most drastic suggestion had the teams starting on May 29 and playing only 108 regular season games. The league would still be able to crown a champion in November under that scenario.

The GMs also threw a 124-game season and a 117-game schedule on the board, with the season starting in May in both cases.

Doubleheaders and games on Mondays, which is normally an off day in the KBO, will likely be necessarily in all cases. Canceling the All-Star Game and reducing the length of the postseason were also discussed.

The KBO had been waiting with bated breath to see if schools would open for the new academic year next Monday, as had been planned, so that its teams could start playing some preseason games against one another -- instead of just intrasquad scrimmages to which they're restricted now -- next Tuesday. The sight of students back in classrooms would have been a symbolic sign of safety and a return to some semblance of normalcy. And the KBO would have felt safe enough to begin prepping for the new season in earnest. 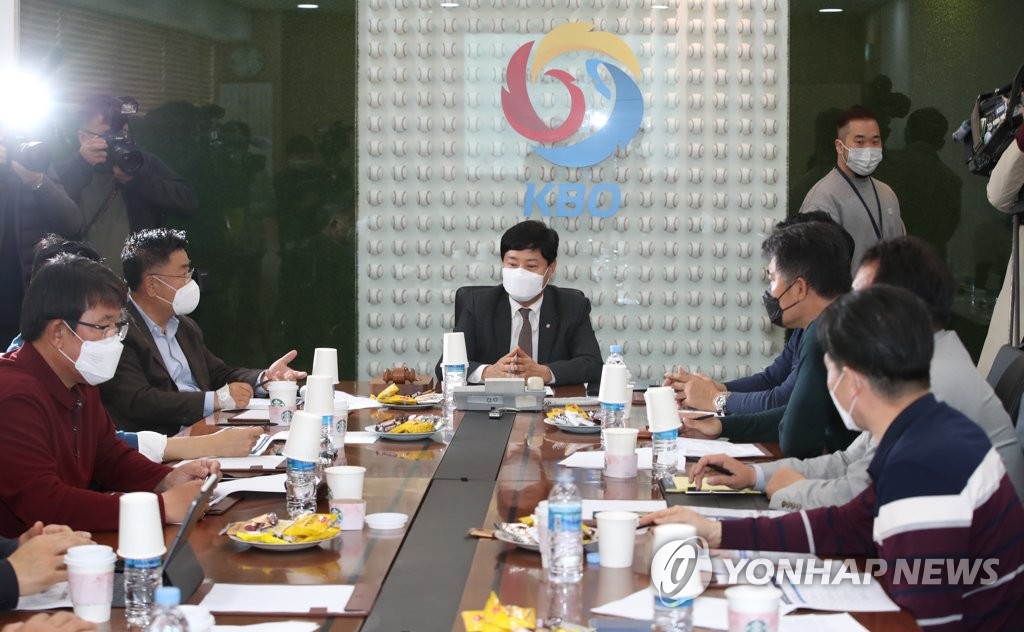 But on Tuesday, the education ministry announced the school year will begin April 9 with online classes, and it's not clear when students will be able to attend classes. That all but ruled out the start of the KBO preseason next Tuesday.

As much as there is a thirst for live sports -- volleyball and basketball seasons have been canceled with a few games left in the regular seasons and football hasn't even started -- the KBO has faced a varying degree of criticism for its push to get the season started in April. Detractors say even if KBO teams play some early games behind closed doors, baseball players will still be at a risk for infection, given their proximity to their teammates in the clubhouse and the dugout. If a player tested positive for COVID-19 after the season began, the league will likely have to press pause for a minimum two weeks.

The league's board of governors will meet next Tuesday to discuss proposals submitted by the GMs.