SEOUL, March 31 (Yonhap) -- At least 35 cases of the novel coronavirus have been linked to a church of a fringe Protestant sect in Seoul, the city government said Tuesday, raising concerns over cluster infections in the populous capital.

The figure includes at least 25 patients who are congregants of Manmin Central Church, located in the southwestern Seoul ward of Guro, as well as their families and work colleagues, according to the Seoul metropolitan government.

The number of cases, released by the city government on Tuesday evening, may rise as cases connected to the church have been quickly increasing since the first infection was reported on Wednesday.

Health authorities have traced the closed contacts of 487 church members and their acquaintances, including 444 people who tested negative for the virus and 11 awaiting test results.

The church has held online services since early March, but some of its members have held meetings for the filming and production of online services, according to city officials.

It has emerged as a new hot spot of infections in Seoul, which has a population of 10 million, following nearly 100 cases at a call center in Guro.

South Korea's capital city has reported a cumulative 450 confirmed cases of the COVID-19 as of Tuesday, while the country's total stands at about 9,800 patients.

By district, the biggest number of cases, 38, was reported in the southeastern ward of Gangnam. Guro came next at 32 cases, according to the city government. 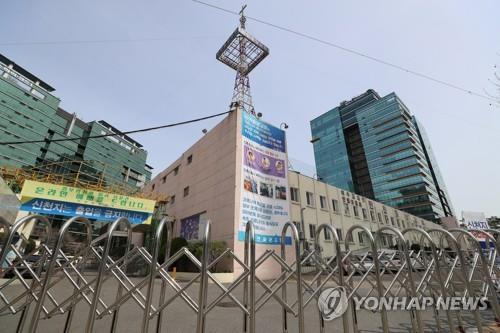