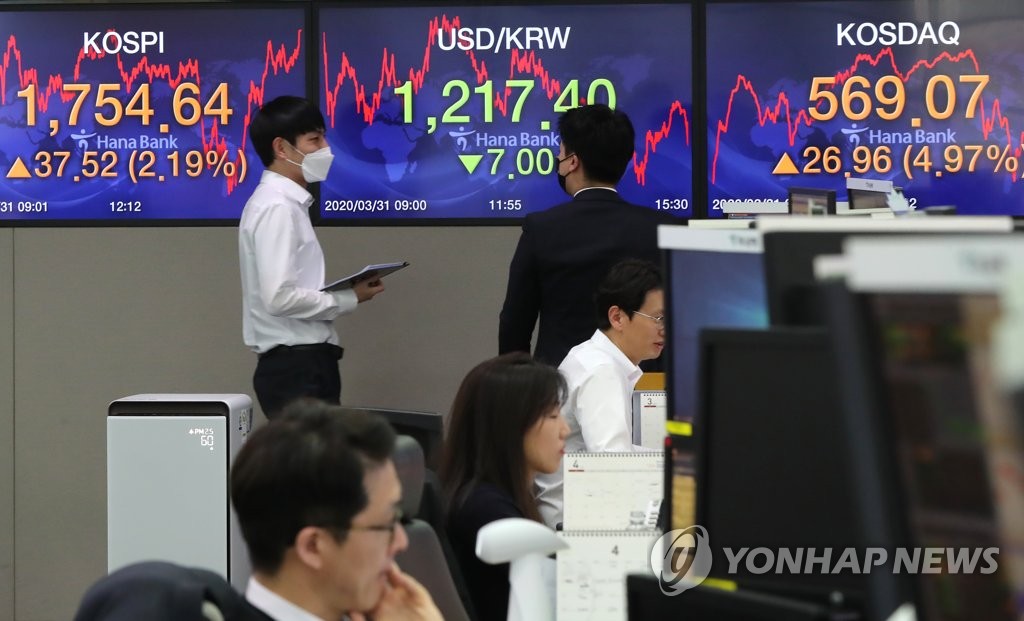 "The New York stock market closed higher on the news that the U.S. government will come up with additional stimulus measures and efforts to develop a vaccine," said Kim Hoon-gil, an analyst at Hana Financial Investment.

"However, investors are expected to remain cautious for some time as uncertainties still remain high."

"To market investors, the key factor will certainly be the size of (China's) stimulus package," said Park Seok-jung, an analyst at Shinhan Financial Investment, noting China may be moving to hold its annual political meetings in mid-April.

"At the meetings, China is expected to declare termination of its COVID-19 outbreak, pledge its implementation of a massive economic stimulus package and highlight its role in ending the spread of the disease and boosting the global economy," Park added.

Bond prices, which move inversely to yields, closed higher. The yield on three-year Treasurys fell 2.8 basis points to 1.070 percent, and the return on the benchmark five-year government bond lost 2 basis points to 1.296 percent.