SEOUL, March 31 (Yonhap) -- South Korea has expressed regret over Japan's decision to ban the entry of people from South Korea and other countries and raise its travel advisory for those countries over coronavirus concerns, a foreign ministry official said Tuesday.

Earlier in the day, Tokyo raised its infectious disease warning for 49 countries, including South Korea, the United States and China, to Level 3, the second-highest level out of a four-tier scale, calling for its nationals to suspend visits to the areas.

It is also expected to announce an entry ban on foreigners coming from the 49 countries as early as Wednesday. For Korea, Japan had barred the entry of people from Daegu city and several other nearby counties that have reported cluster infections.

"We are aware of the trend related to (the planned entry ban). Japan gave a prior notice about the decision through a diplomatic channel on Sunday and explained why these measures were to be taken amid the growing infection trend," a foreign ministry official said on condition of anonymity.

"We expressed regret when the Japanese side informed us about it."

The official said that the government will take additional measures if necessary as it closely monitors the outbreak situation in Japan.

Starting Wednesday, South Korea will also require all passengers flying in from abroad to go into a two-week quarantine as part of stepped-up efforts to curb the rise in imported cases of COVID-19. 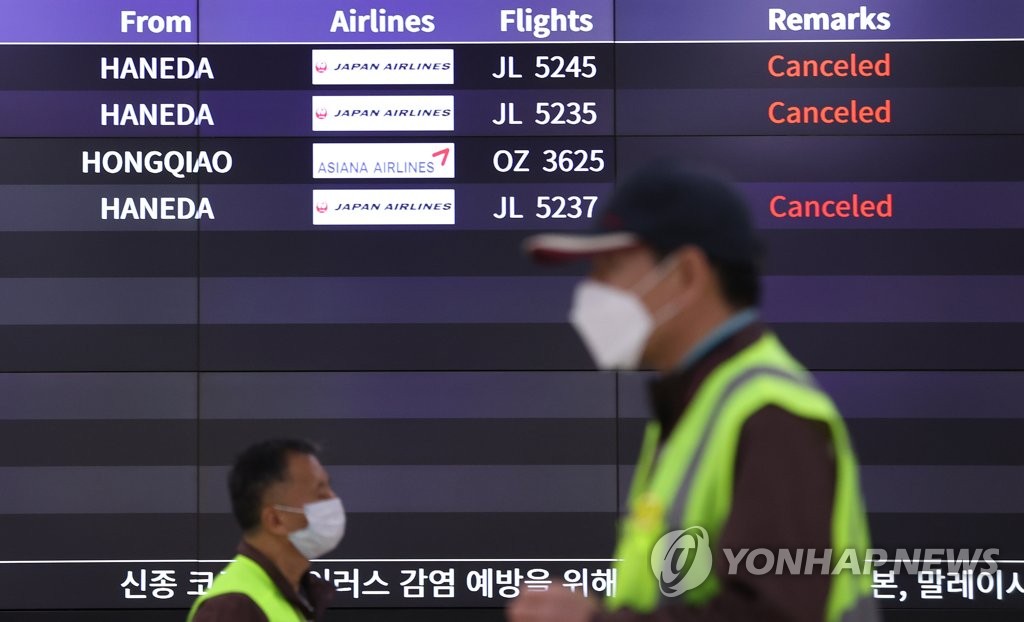