In the 15-minute conversation, made at his request, the Bulgarian leader pointed out that the world is paying heed to South Korea as an "exemplary case" in quarantine.

He then cited hikes in demand for testing in Bulgaria and said the country is in desperate need of testing kits, according to Cheong Wa Dae spokesman Kang Min-seok.

Moon replied that his government would "actively consider" ways to provide help and suggested consultations on details through the diplomatic channel, including the amount of goods, shipment schedule and transport. 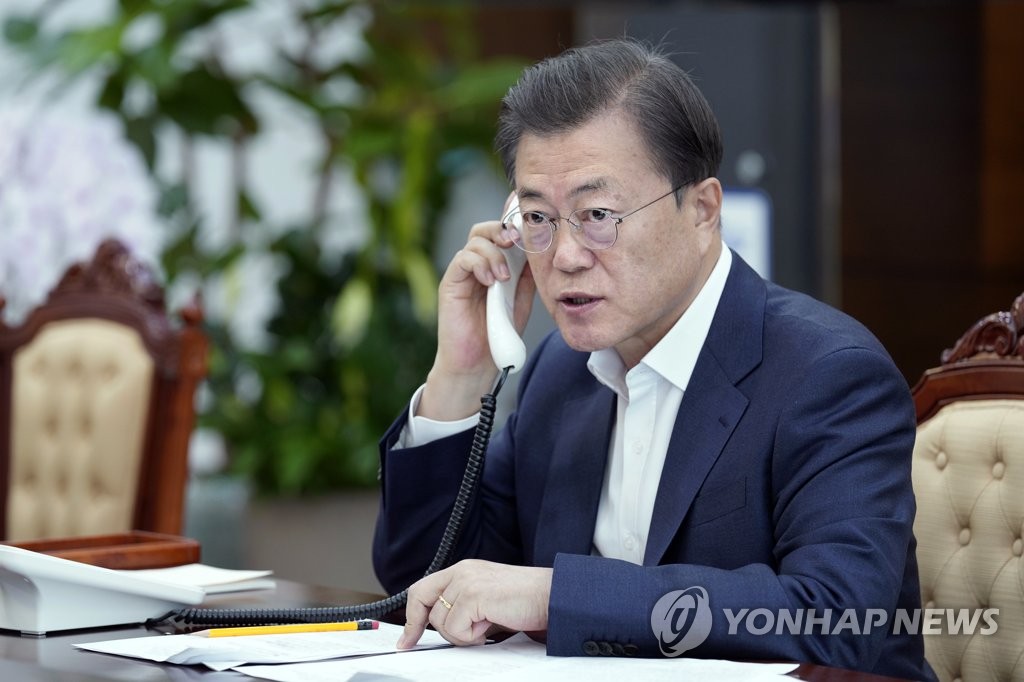 He reaffirmed the government's plan to share its experience and knowhow on the COVID-19 response with the international community.

South Korea has been lauded for its relatively effective handling of the virus, highlighted by its quick and aggressive testing, tracing and treatment.

The leaders also expressed hope that exchanges between their countries, which mark the 30th anniversary of bilateral diplomatic ties this year, will get more active as soon as the pandemic is brought under control.