The patient, who was being treated for non-respiratory symptoms in a single-bed room, was transferred to a negative pressure room after testing positive, according to the hospital in eastern Seoul.

An official said the hospital conducted the screening test after she was found to have visited Uijeongbu St. Mary's Hospital in nearby Gyeonggi Province.

Asan Medical Center is one of the biggest general hospitals in the country, with 2,700 beds, including those for patients in critical condition.

Meanwhile, the Uijeongbu hospital, where nine cases have been reported, is scheduled to close from 8 a.m. Wednesday. The hospital will continue to treat in-patients. 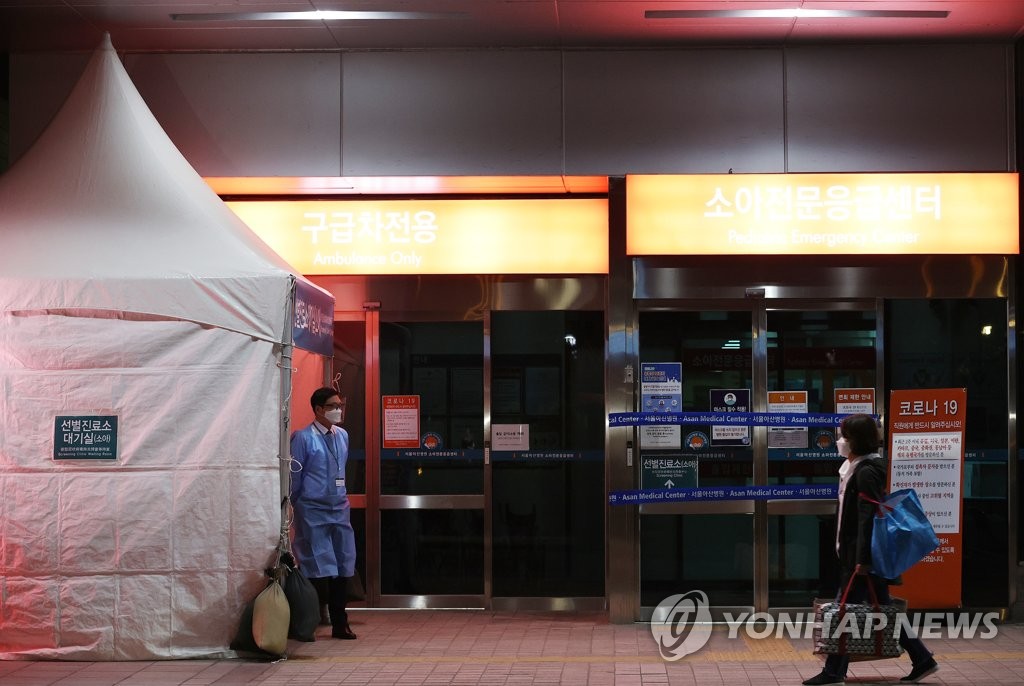