The 101 new cases of COVID-19, detected Tuesday, marked the 20th consecutive day that new infections hovered around 100 or fewer additional cases, according to the Korea Centers for Disease Control and Prevention (KCDC). The death toll rose by three to 165. 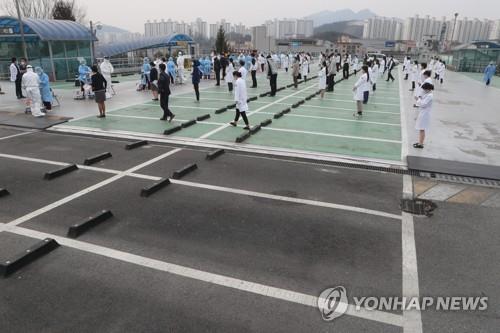 Other major provinces and cities also reported infections, with a combined 52 additional cases in Seoul and the surrounding region that includes Gyeonggi Province and the western port city of Incheon, it said.