The country will hold overseas voting for the April 15 general elections at polling stations from 8 a.m. to 5 p.m. through Monday, according to the National Election Commission (NEC).

Of around 172,000 eligible voters, only 53.2 percent will be allowed to cast ballots, as the watchdog has suspended election-related affairs in 40 countries due to the COVID-19 pandemic.

The NEC has decided to halt the election-related process at 65 diplomatic missions in 40 countries, including the United States and Italy.

It plans to review the further suspension of polling affairs if more countries strengthen mobility restrictions or impose lockdowns.

Some overseas Koreans expressed regret over the watchdog's decision, saying the government has not made enough effort to protect voting rights. They said they should be allowed to vote via mail. 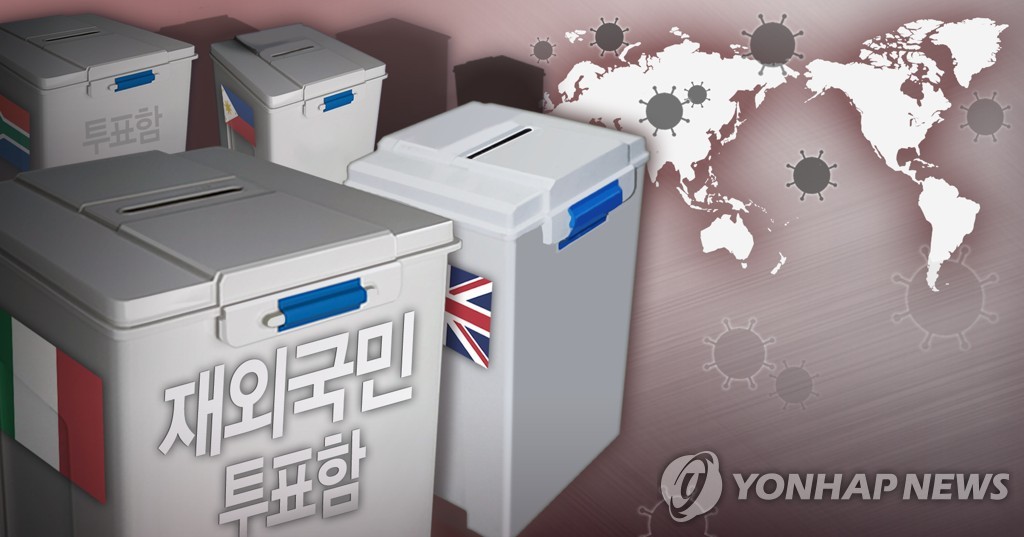