Retail investors' monthly cash inflow into private equity funds came to 22.7 trillion won (US$18.6 billion) in February, down 2.1 percent from a month ago, according to the Korea Financial Investment Association.

After peaking at 27.3 trillion won in late June, the investment size has dropped every month. 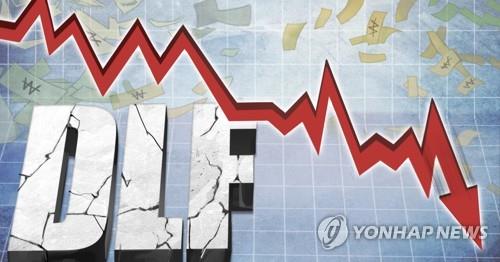 The fall has become clear since July, a month before the South Korean financial regulator launched a probe into Woori Bank, KEB Hana Bank, brokerage firms and asset managers over the misselling of derivatives-linked products.

In October, the Financial Supervisory Service (FSS) concluded that about 20 percent of 3,954 cases may violate laws or internal rules on selling derivatives, causing heavy losses to consumers.

From the end of June 2019 to the end of February, Woori Bank's private equity fund sales for individuals plummeted by 954.5 billion won, or 67.2 percent. Those of KEB Hana Bank sank 1.7 trillion won, or 47.4 percent, over the cited period.

Despite the continued fall in private equity fund investments by individuals, companies and financial firms continued to inject cash into the market.