SEOUL, April 1 (Yonhap) -- President Moon Jae-in delivered a message of hope and stressed the importance of a can-do spirit against the coronavirus, meeting workers at a major industrial zone in the hardest-hit region Wednesday.

He made a tour of the Kolon Industries plant in the Gumi National Industrial Complex in North Gyeongsang Province. Gumi is located near Daegu, the epicenter of South Korea's novel coronavirus outbreak.

Around 80 percent of the nation's infections, which total close to 10,000, have been reported in Daegu, 300 kilometers southeast of Seoul, and the neighboring province.

The massive community spread is largely linked with collective church services of the Sincheonji religious sect that took place in Daegu in February.

Moon chose the complex for his latest on-site activity, given its symbolic significance in national efforts to ride out the COVID-19 crisis, according to Cheong Wa Dae.

Sixteen employees at the 10 companies' factories there have been confirmed to have contracted the virus. But the facilities are in normal operation. Roughly 50,000 workers there commute from Daegu.

A revised law on "materials, parts and equipment" took effect in South Korea earlier in the day, intended to help strengthen the competitiveness of local industries. 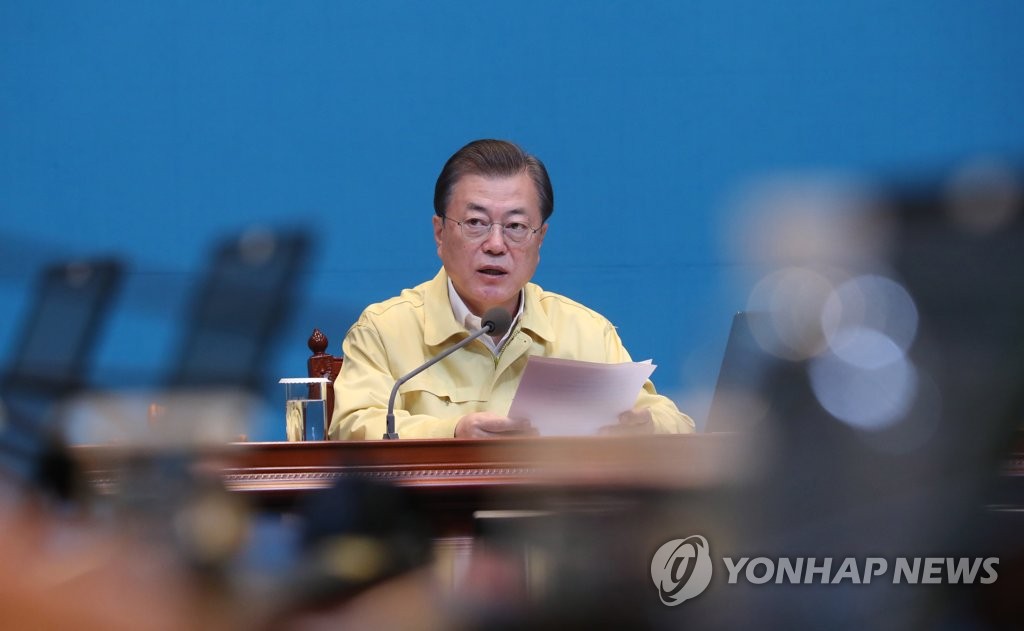