SEOUL, April 1 (Yonhap) -- South Korea will have the longest ballots for proportional representation (PR) voting in the April parliamentary elections, as political parties targeting seats have sprung up due to the revised election law.

The 48.1-centimeter ballots are the longest since the country adopted the current form of parliamentary elections in 2004.

To elect the 300-member National Assembly, voters have to cast two ballots to pick a candidate running in a district and a political party. 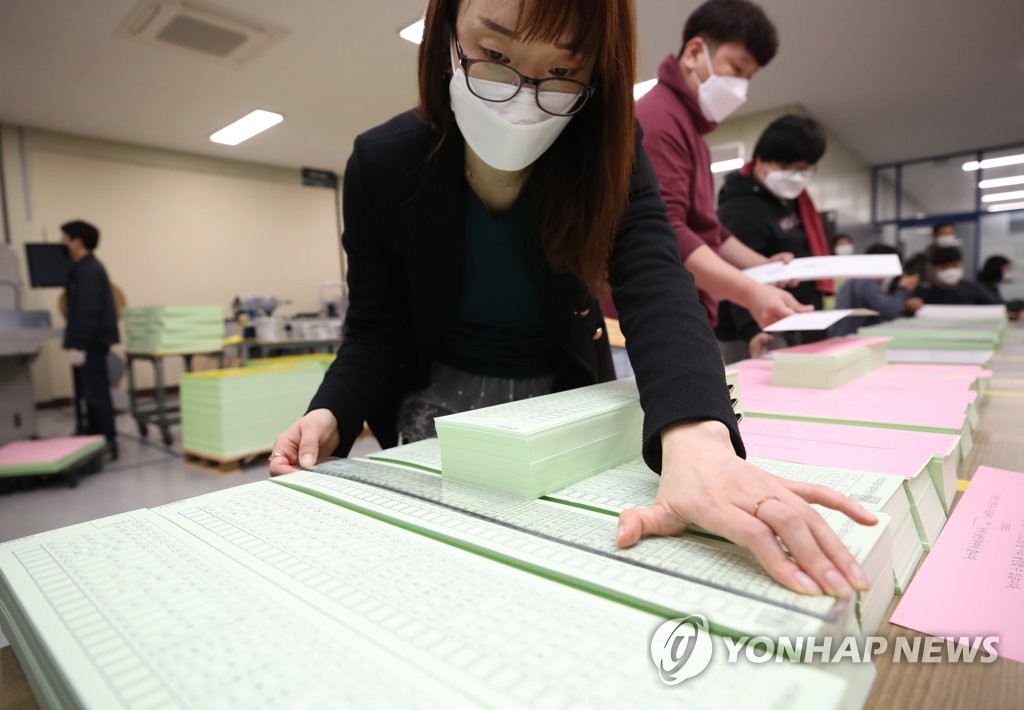 The number of political parties targeting PR slots in the April 15 general elections reached a record 35.

In December, the National Assembly passed an electoral reform bill that called for the adoption of a mixed-member proportional representation system.

Under the new rules, the number of directly elected seats and PR slots will remain unchanged at 253 and 47, respectively.

But the method of distributing PR seats will be changed in a way that better reflects votes cast for parties. This could work favorably for minor parties underrepresented in politics.

South Korea has used automatic counters since the 2002 local elections in a bid to promote the accuracy and speed of ballot counting.

But election officials will have to count ballots manually for the upcoming elections. 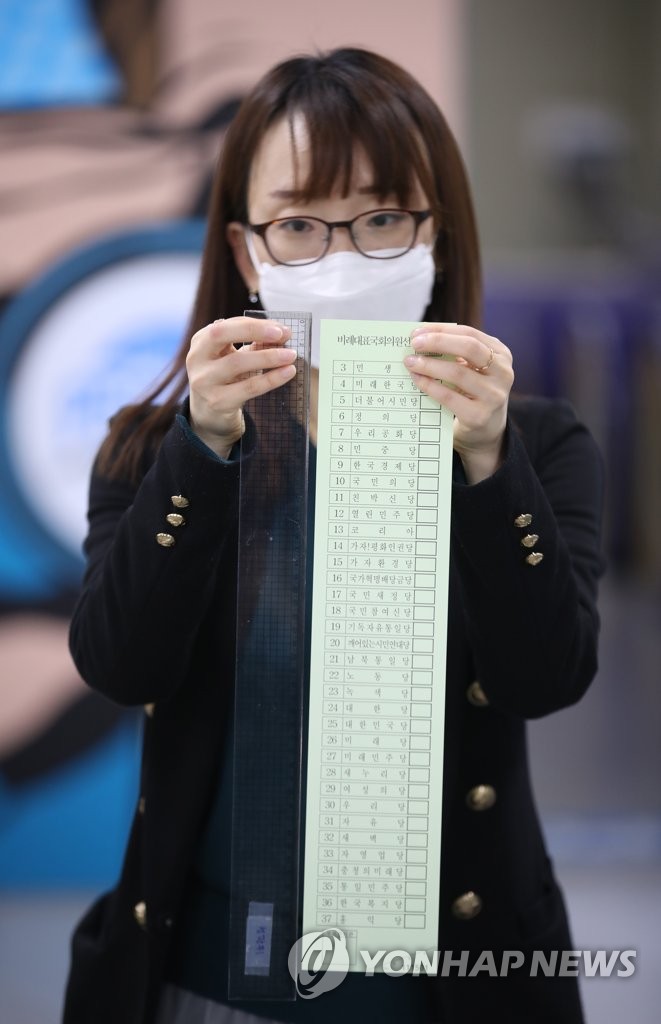 "We will increase the number of counting staff members and adjust work efficiently to facilitate ballot counting," an NEC official said.