The advanced maritime surveillance system, developed by the Agency for Defense Development with a 130 billio- won (US$106.6 million) budget since 2015, has been installed at major ports across the country, the Defense Acquisition Program Administration (DAPA) said.

"Submarines of today produce less noise as part of stealth functions and maritime traffic at major local ports has increased, making it more difficult for the military to monitor and respond to objects underwater," DAPA said, explaining reasons for the development.

The new system adopted an advanced underwater acoustic sensor designed to detect those objects early and share their location information with the military on a real-time basis, as it is linked to the Navy's major command control and surveillance systems, it added.

"The homegrown part boosts the overall detection capabilities and operation efficiency. It is expected to help enhance our military's surveillance posture and strengthen the competitiveness of our defense industries." 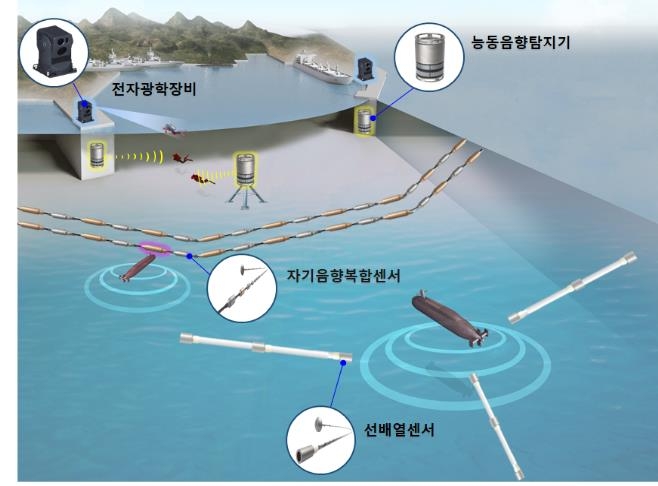