SEOUL, April 1 (Yonhap) -- President Moon Jae-in said Wednesday his administration will continue diplomatic efforts to limit the impact of the coronavirus on exports and overseas activities by South Korean firms during a tour of a major industrial complex in the hardest-hit region.

He also suggested that countries allow exceptions to travel restrictions across borders for businesspeople with official health documents.

"Solidarity and cooperation are the only answer to the COVID-19 fight," he said during a meeting with workers at the Gumi National Industrial Complex in North Gyeongsang Province.

Gumi is located near Daegu, the epicenter of South Korea's novel coronavirus outbreak. The meeting was held at the Kolon Industries plant in the compound. 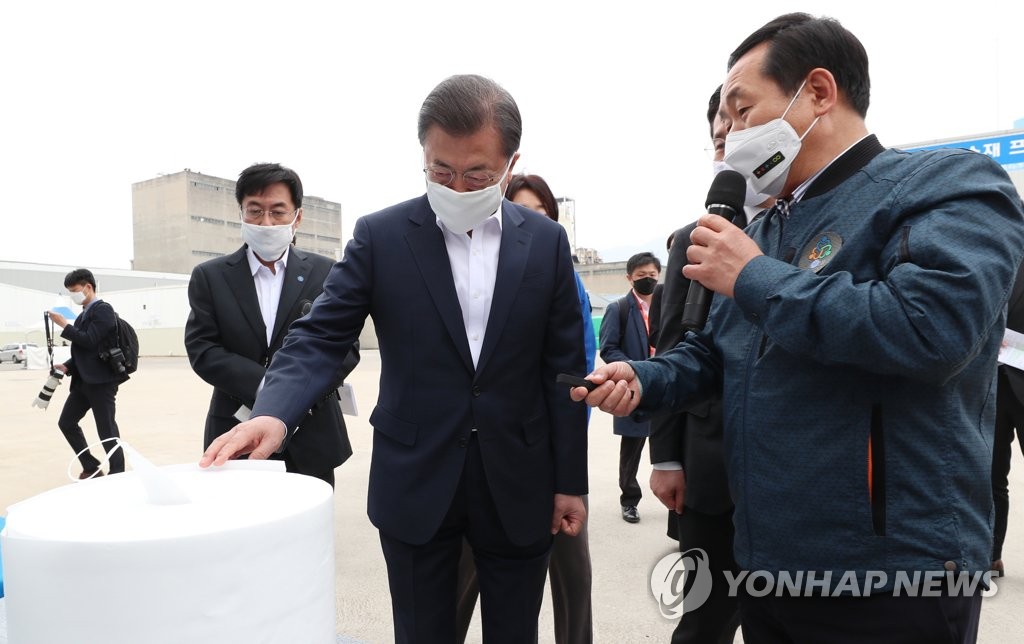 Moon reaffirmed the government's resolve to protect South Korea's economy and industries from the fallout of the virus.

He chose the complex for his latest on-site visit, given its significance in national efforts to overcome the COVID-19 crisis, Cheong Wa Dae said in a press statement.

Moon called the complex a "living history of industrial development and crisis management by the Republic of Korea."

Around 80 percent of the nation's infections, which total nearly 10,000, have been reported in Daegu, 300 kilometers southeast of Seoul, and the neighboring province.

Sixteen employees at the 10 companies' factories there have been confirmed with the virus. But the facilities are operating normally. Roughly 50,000 workers there commute from Daegu.

"The solidarity and cooperation that the Gumi industrial complex has shown are an excellent example of overcoming COVID-19," Moon said.

A revised law on materials, parts and equipment took effect in South Korea earlier in the day, intended to help strengthen the competitiveness of industries. 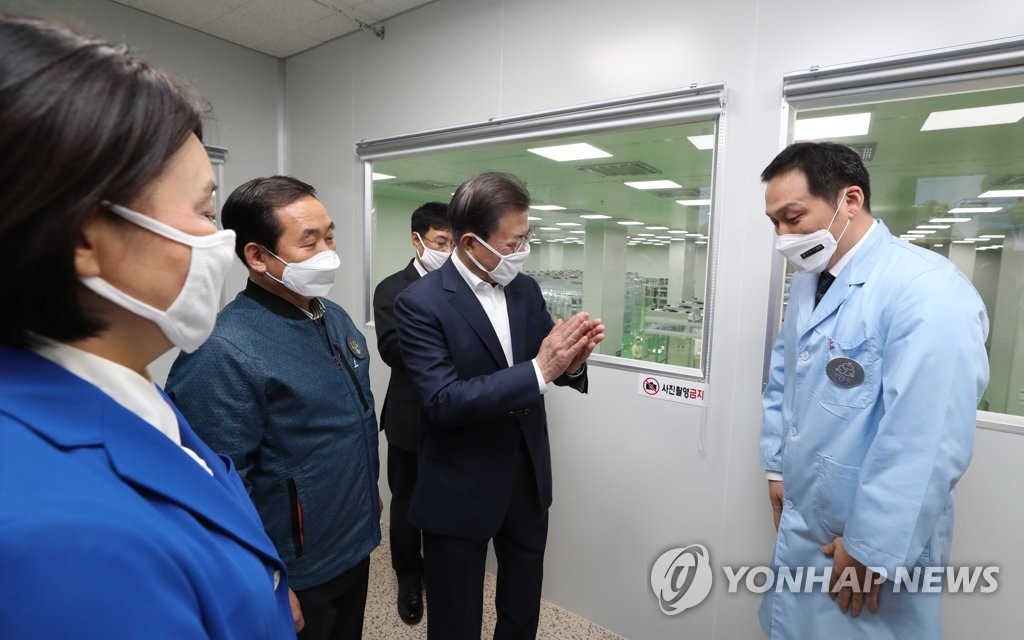