SEOUL, April 1 (Yonhap) -- The number of subscribers to the 5G mobile network in South Korea passed the 5 million mark in February, 10 months after its commercialization, government data showed Wednesday.

Nearly 5.37 million South Koreans subscribed to the top-of-the-line wireless network as of end-February, up 8.1 percent from the previous month, according to the data compiled by the Ministry of Science and ICT.

Industry leader SK Telecom's 5G customers accounted for 44.9 percent of the total in February, trailed by KT with 30.2 percent and LG Uplus with 24.8 percent.

The data also showed the number of mobile communication subscribers in South Korea totaling 69.1 million as of end-February, with SK Telecom taking up 42.1 percent of the total. 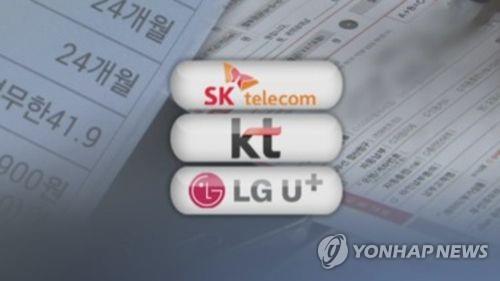