SEOUL, April 1 (Yonhap) -- The number of coronavirus cases in Seoul, Incheon and Gyeonggi Province has surpassed 1,000, putting South Korea's health and quarantine authorities on high alert despite the flattening of the infection curve nationwide.

Cluster infections have been reported at major hospitals in the capital area, home to nearly half of the country's 52 million-strong population.

According to the central disaster and safety countermeasures headquarters, a total of 474 patients has been reported in Seoul as of midnight Wednesday, with 499 in Gyeonggi Province and 69 in Incheon. Fifty-two additional cases were confirmed in the areas Tuesday alone, more than half of the 101 new infections across the country reported that day.

Many of the infections were traced to churches or hospitals. In addition, a number of South Koreans who tested positive for the virus after returning from abroad reside in the capital region.

A cluster of 13 COVID-19 cases was identified at St. Mary's Hospital in Uijeongbu, just north of Seoul. A 9-year-old patient also tested positive at the pediatric ward of Asan Medical Center in eastern Seoul.

Experts said South Korea is at a critical juncture in fighting the virus in Seoul and neighboring towns after managing to slow its spread in Daegu and North Gyeongsang Province.

The country now has 9,887 confirmed cases including the 101 new cases. 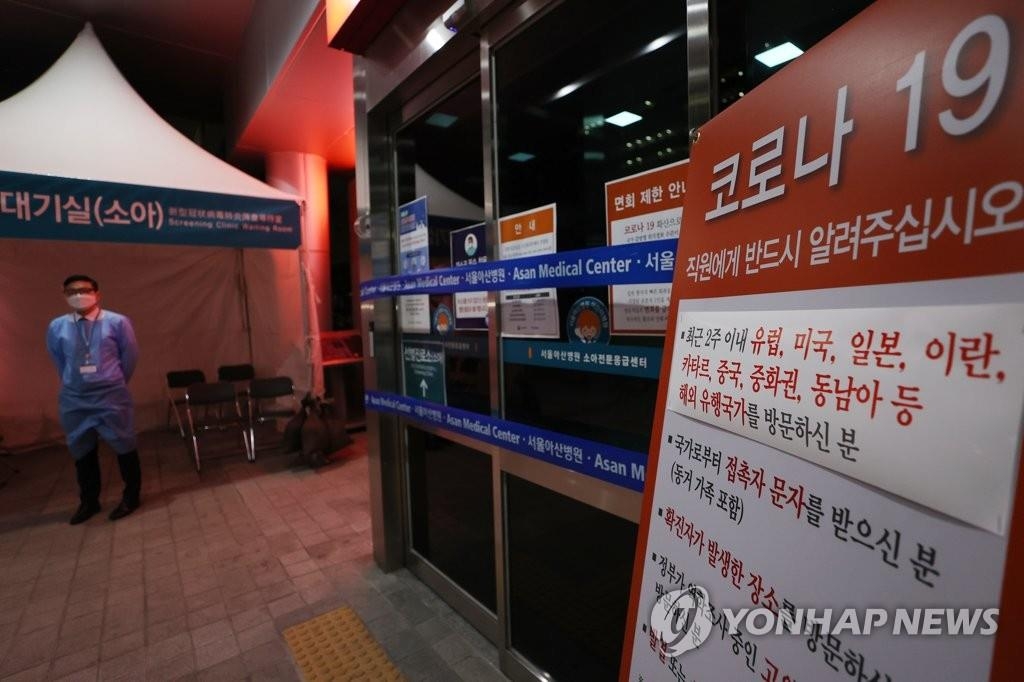