SEOUL, April 2 (Yonhap) -- South Korean pianist Cho Seong-jin appeared online in a casual navy shirt to play a Brahms intermezzo in a well-organized corner of his home in Berlin last week, bringing together millions of classical music fans in a livestreamed show.

"Now we are in a very difficult and challenging time, but I believe that we can overcome this situation very soon. I wish everyone good health during this time," Cho told the audience at the start of his performance of Brahms Intermezzo Op. 118.

It was a rare gathering among global fans of Cho and classical music. Many public concerts have been postponed or canceled recently, as people have been advised to stay home and avoid public gatherings due to the COVID-19 pandemic. 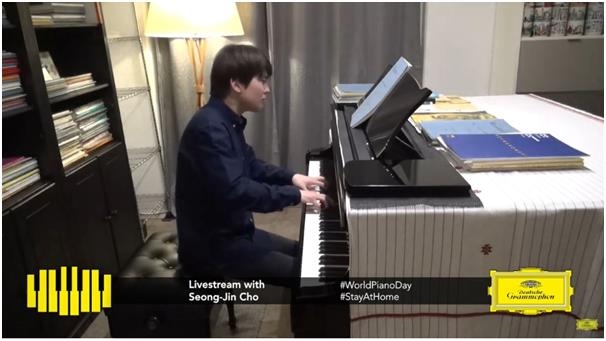 Ten other globally-acclaimed virtuoso pianists performed as part of the global livestreamed show, organized by classical music label Deutsche Grammophon (DG) and streamed on YouTube and the website of DG to celebrate 2020 World Piano Day.

Each pianist created a performance video of roughly 20 minutes on their own smartphones and sent them to DG. The label livestreamed the videos on Saturday for viewers to enjoy in the safety and comfort of their homes.

The world concert scene has come to a halt with the widening social distancing campaign. To overcome the crisis, the music world has the difficult job of bringing online the unique experience of going to a concert.

The recent livestreamed concert by DG was bereft of the high-end sound quality of a concert venue, and the feeling of being in the same place and sharing the same experience with fellow concertgoers.

But the live chatroom that accompanied the performances offered a rare opportunity to connect with artists and fellow spectators in a time of self-quarantine and seclusion.

The show also allowed viewers to peek into the homes of beloved musicians and feel as if they had been invited to a private home concert.

"I can't believe I could listen to this in the comfort of my own room. The piano sounded as if someone was talking to me. I could live on because of beauty such as this," a Twitter user said following the performance.

Another Twitter user also lauded the intimacy of the performances, saying "an online concert is something of a privilege, allowing fans to fully view the keyboard a pianist is playing with." 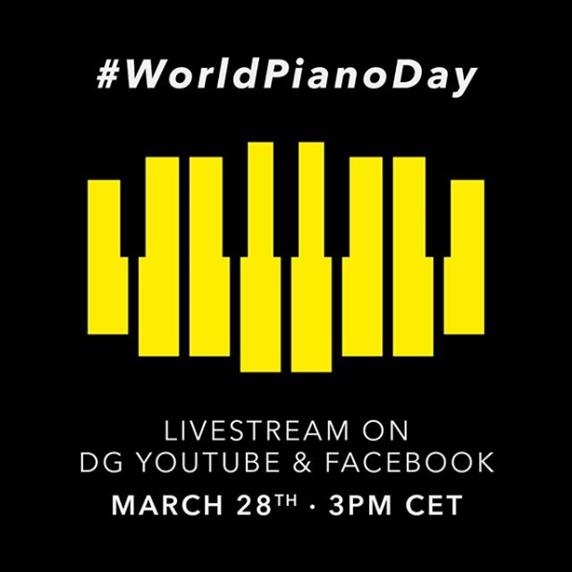 In line with social distancing, James Corden, the host of "The Late Late Show with James Corden," made video calls to the stars in their home countries from his own garage for the special quarantine edition of the show that aired Monday (U.S. time).

Taking the call in a small dance studio in South Korea, the BTS members appeared in comfy clothing, like sweat pants and slippers, to perform their hit song "Boy With Luv."

It was a rare chance for BTS to reach out to fans around the world, as the first Seoul and U.S. legs of its upcoming world tour, "Map of the Soul Tour," originally set to kick off in mid-April, have been canceled due to the coronavirus pandemic.

The Japanese and European legs of the tour remain uncertain, with the global virus outbreak showing no signs of easing.

"During a time when social distancing is so crucial, we are so grateful we can connect with you from here. It may seem we are isolated, but we are so connected with shared experiences, courage and laughter," team leader RM said in a message to fans during the show.

In light of the pandemic, such concerts are growing, as show organizers strive to "bring people together while keeping people apart."

Sung Mi-kyung, chief researcher at the Korea Creative Content Agency, said online concerts "are positive chances for artists to reach out to eager fans so that they will not be forgotten while the concert industry has been brought to a standstill."

Nevertheless, the concert and entertainment sectors are expected to face further challenges from falling revenue and event cancellations, possibly through the end of the year, in the aftermath of the pandemic, she said. 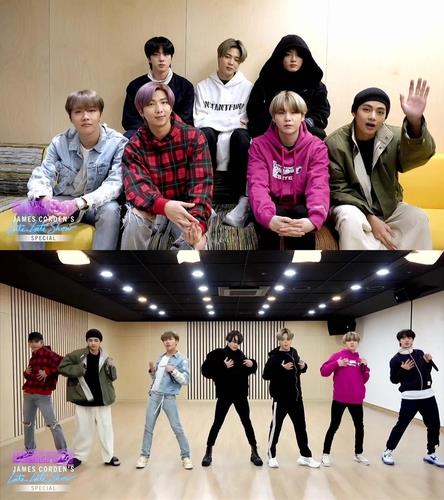