"Exports in March fell short of the market consensus but were still better than anticipated, considering the market concerns created by the spread of COVID-19," Kiwoom Securities analyst Kim Yoo-mi said.

Kim added the slight drop in March may also be attributed to a recent plunge in global oil prices that pulled down the prices of petroleum and petrochemical products, key export items for Asia's fourth-largest economy. 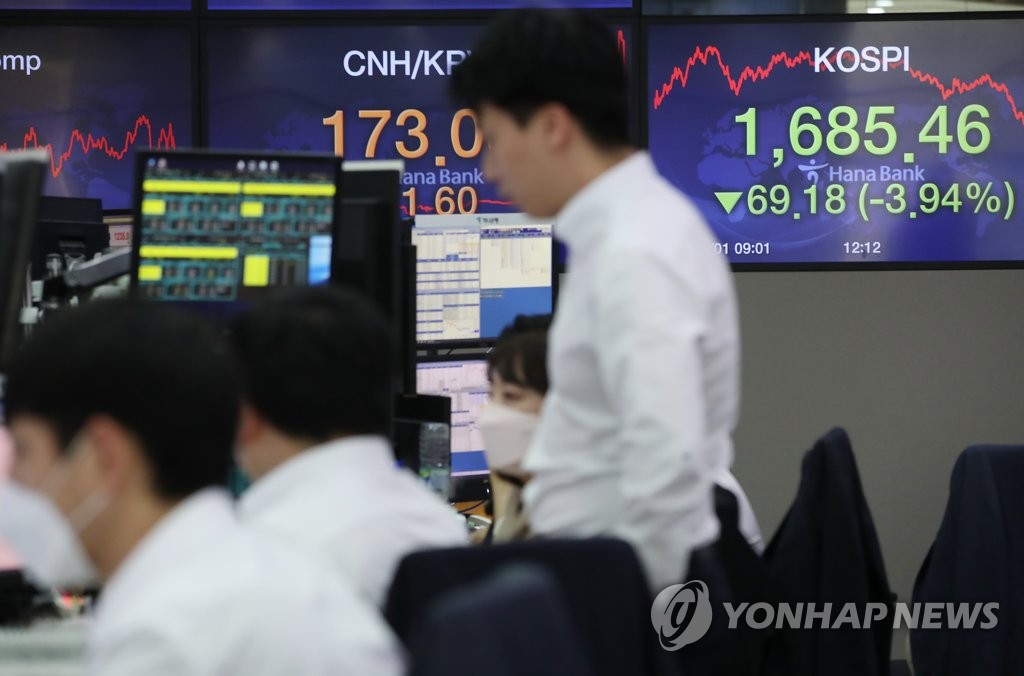 Still, analysts here insisted South Korea's stock market may increasingly show different movements from those of the United States down the road.

"The stock market may show different movements from that of the U.S. because the coronavirus outbreak appears to be stabilizing in China and South Korea," said Park Jong-dae, an analyst at Hana Financial Investment.

South Korea has so far reported over 9,800 infection cases of COVID-19, but its daily increase has recently remained at around 100 or fewer cases. The country added 101 new cases to the total Wednesday.

Bond prices, which move inversely to yields, closed lower. The yield on three-year Treasurys added 2.2 basis points to 1.092 percent, and the return on the benchmark five-year government bond gained 3 basis points to 1.326 percent.