SEOUL, April 1 (Yonhap) -- Cheong Wa Dae said Wednesday that South Korea and the United States have yet to strike an agreement on defense cost-sharing despite progress in the prolonged talks.

"It's true that there's progress but negotiations are still under way," a Cheong Wa Dae official told reporters.

Cheong Wa Dae has no announcement yet in connection with the matter, the official added.

He was responding to a media report that the allies have tentatively reached a Special Measures Agreement (SMA) on splitting the cost of stationing the 28,500-strong American troops here.

It came after President Moon Jae-in had a phone conversation with his U.S. counterpart, Donald Trump, last week, in which they mainly discussed cooperation in coping with the coronavirus pandemic.

The Cheong Wa Dae official said the SMA was not brought up in the conversation that lasted less than half a hour.
He added no decision has been made on whether Cheong Wa Dae will break the news of an accord being reached or whether the foreign ministry will do so.

U.S. Forces Korea, meanwhile, put thousands of South Korean workers at its bases here on indefinite unpaid leave as of Wednesday, arguing that it has run out of funds to pay their salaries.

The previous day, South Korea's top negotiator Jeong Eun-bo expressed regret over the measure that comes at a time when the two sides are "in the last stages" of sealing a cost-sharing agreement. 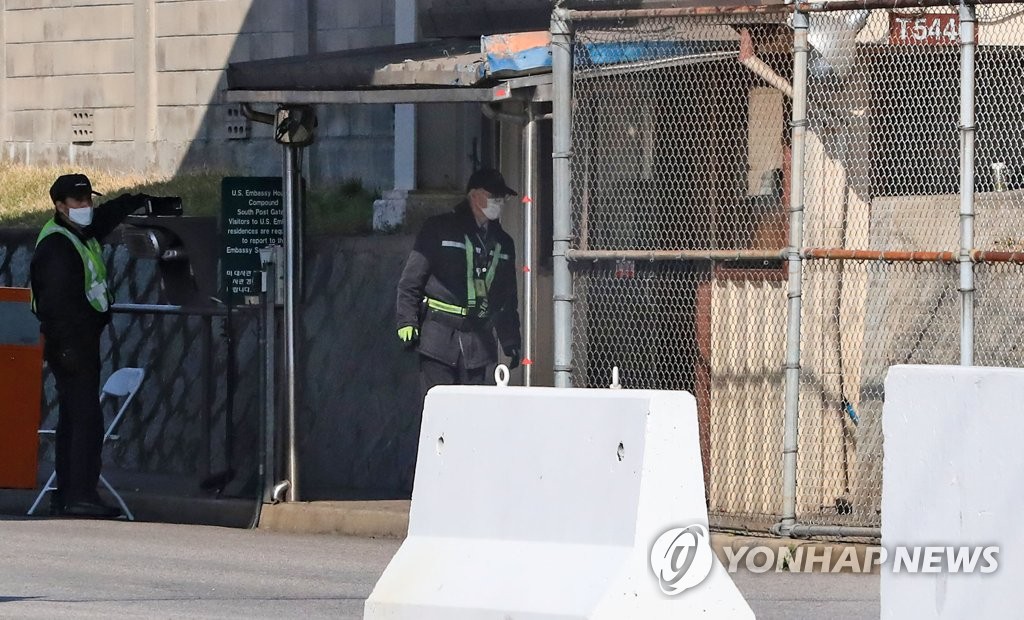