SEOUL, April 1 (Yonhap) -- Fake news that spread on social media on April Fools' Day raised eyebrows in South Korea at a time when people have been feeling fatigued as the country fights to contain the new coronavirus.

The office of the national park at Mount Seorak on the east coast dismissed Wednesday the rumor that a major tourist attraction at the mountain, known as "wobbling rock," had fallen off a cliff.

It had been rumored on social media that 11 American tourists had been booked for allegedly damaging cultural assets after they pushed the rock down the mountain.

The inaccurate report said the tourists pushed the rock to test out a tour guide's claim that the rock would not fall no matter how people tried to move it.

The rumor quickly spread, and the park office received phone calls, prompting it to write on its Facebook account that "the rock stands solid." 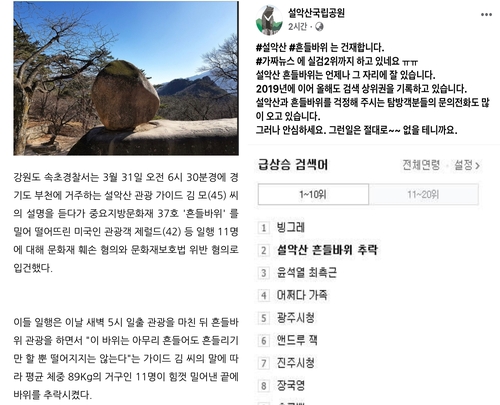 Since 2001, the wobbling rock story has been the subject of jokes on April Fools' Day.

But this year, some Koreans showed discomfort at the jokes, calling for restraint, as people are fighting COVID-19.

Singer Kim Jae-joong of boy band JYJ drew criticism after he made April Fools' jokes about the new coronavirus.

Kim wrote on social media that he was at a hospital, as he was confirmed to be infected with the coronavirus.

As the message was made public, his management agency said it was checking details. Media reports followed, citing his message. Kim is known to be in Japan.

Hours later, Kim confessed that it was an April Fools' joke.

"Some of my close friends and acquaintances got infected with the virus. This is not at all a story in a far-away country," Kim said. "I will accept any punishment, if I have to receive one, due to the message."

Kim said that his online message was aimed at sounding the alarm against the pandemic, but he came under fire online for the act. 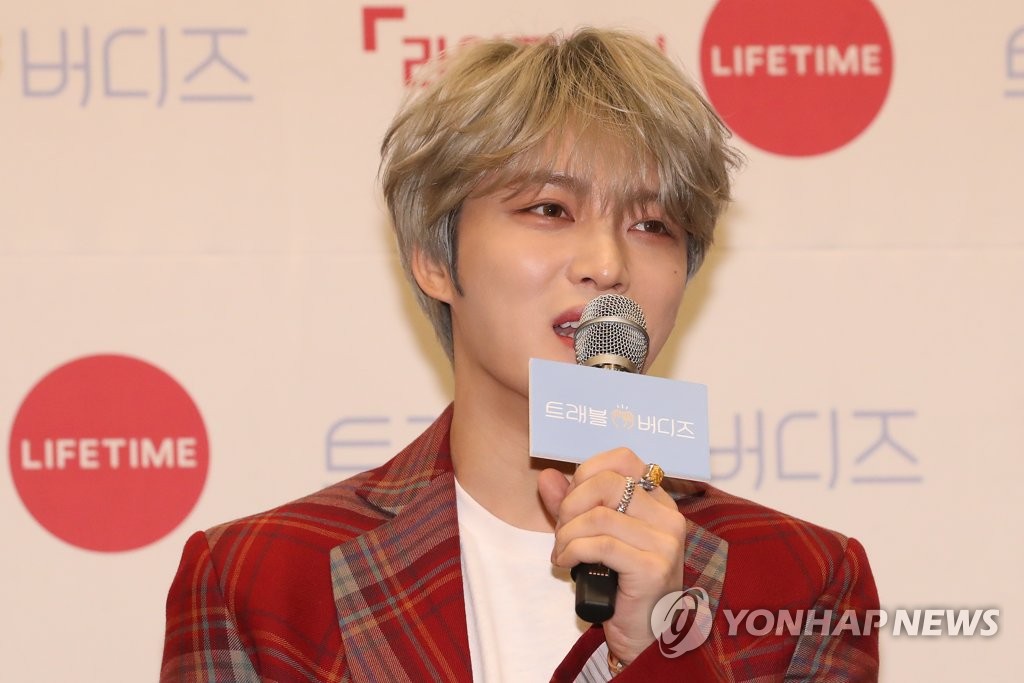