The number of air passengers stood at 1.74 million in March, according to data from the Korea Civil Aviation Association (KCA). This is the first time that the figure has fallen below 2 million since the country started to record such statistics from 1997.

"The figure is based on real-time statistics, so it could change a little bit," a KCA official said. "However, that does not mean its downward trend will change." 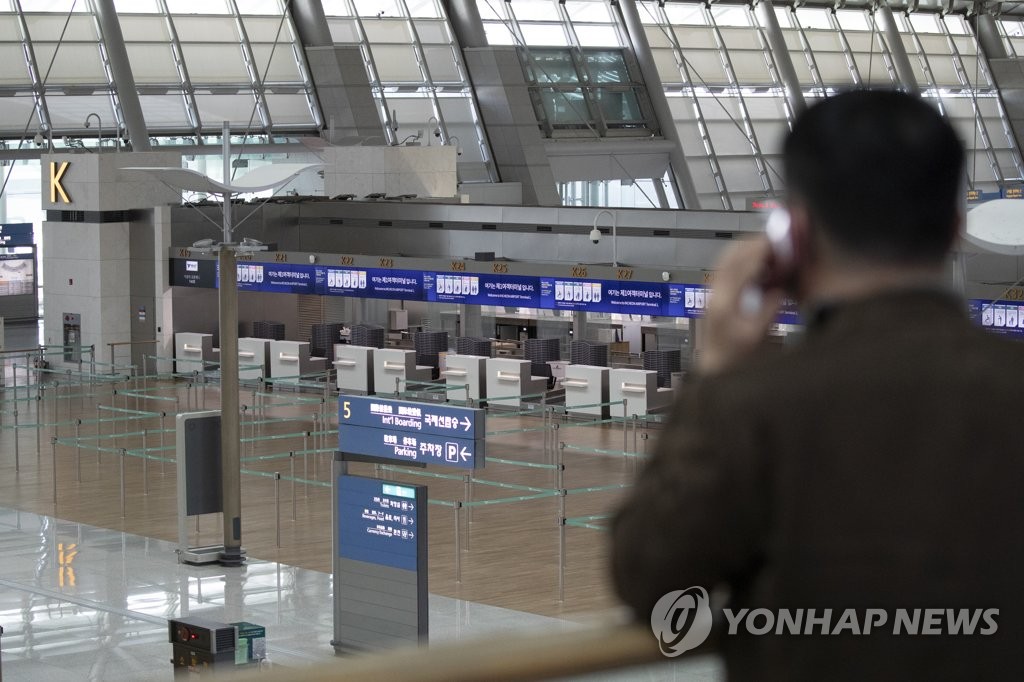 According to the KCA, the passenger number was 10.62 million in January but was halved to 5.5 million in February when the country reported wide spread of the novel coronavirus.

Due to COVID-19, local air carriers have been cutting and suspending their flights. Some have even shut down all of their international air services.

"It's no exaggeration to say that the airline industry is facing an unprecedented crisis," an official at a local full service carrier said. "If the situation prolongs, the number of air passengers in April could be worse."

According to data, Korean Air Lines Co., South Korea's top air carrier, served only 378,588 air passengers in March, which was the first time in its history that the number of its air passengers fell below that of Asiana Airlines Inc., which served 398,260 passengers last month.