SEOUL, April 2 (Yonhap) -- South Korea's consumer prices gained 1 percent from a year earlier in March, the statistics agency said Thursday, despite the spread of the new coronavirus that has hurt consumer spending.

March marks the third consecutive month the country's inflation has increased more than 1 percent on-year, according to Statistics Korea.

The steady increase comes amid the continued spread of COVID-19 that has infected more than 9,800 people in South Korea as of Wednesday.

The statistics office said the virus outbreak had both downward and upward pressure on prices.

"Locally, a change in consumption and economic stimulus measures had an impact on prices, while internationally, a drop in oil prices due to slow demand had a impact on prices here," it said. 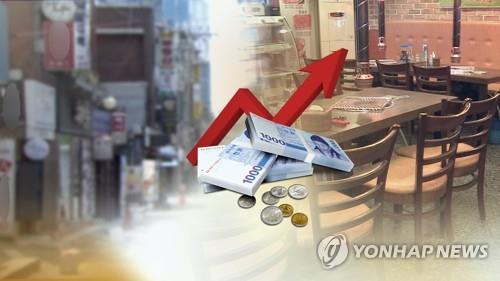 In March, prices of livestock products jumped 6.7 percent from a year earlier and the prices of processed foodstuff rose 1.7 percent.

Automobile prices, on the other hand, slipped 2.6 percent on a government tax break aimed at promoting consumption.

"Inflation will unlikely turn negative because of a low base effect from last year when prices were low, but it may drop down the road due to a drop in global oil prices," an official from the statistics office said.

South Korea's consumer prices had grown at less than 1 percent for 12 consecutive months before growing 1.5 percent in January, followed by a 1.1 percent increase the following month.
(END)