Rep. Eliot Engel (D-NY) issued the statement via the committee's Twitter, after U.S. Forces Korea placed thousands of South Korean workers on unpaid leave citing the absence of an agreement covering the sharing of costs for the stationing of 28,500 American troops. 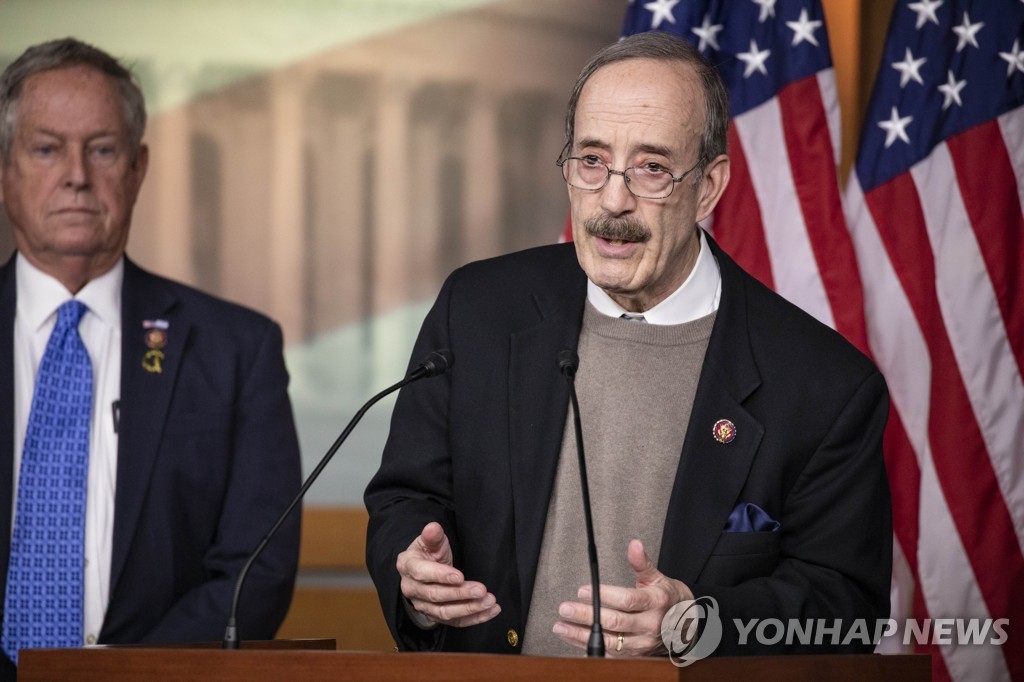 Seoul and Washington have held seven rounds of negotiations since September to try to renew their Special Measures Agreement for this year and beyond.

The previous SMA required Seoul to pay US$870 million for 2019 and expired at the end of December.

The Trump administration has demanded a significant increase in Seoul's financial contributions, although it has reportedly backed down from its initial demands for a near fivefold increase to $5 billion.

South Korea has agreed to raise its contributions but resisted U.S. pressure to meet its demands.

Engel at the time emphasized the importance of staying in lockstep with partners in the region in the face of challenges posed by China, North Korea and the coronavirus.

"While it is important for our partners to shoulder more of the burden over time, it is important that the final agreement reflects our close partnership with the Republic of Korea and advances our shared goal of preserving security and prosperity in the Asia-Pacific," he said March 4.