SEOUL, April 2 (Yonhap) -- The number of stock trading accounts in South Korea has hit an 11-year peak, as individuals bet on a possible rebound after the stock market correction, data showed Thursday.

The number of active stock accounts came to 30.8 million at the end of March, up 862,000 accounts from a month ago, according to the data from the Korea Financial Investment Association (KOFIA).

The increase marks the fastest pace since April 2009, when the global financial crisis generated high levels of trading uncertainties.

In anticipation of a rally similar to that seen at the end of the financial crisis, retail investors raked in heavyweight stocks that they considered underpriced. 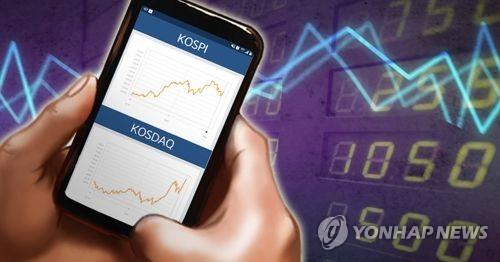 Growth in the number of stock trading accounts has gained ground this year, particularly in March.

The benchmark Korea Composite Stock Price Index sank 8.39 percent to close at 1,457.64, the lowest level since July 2009, amid jitters over the spread of the coronavirus. It marked a sharp decline from 2,197.67 points at the end of last year.

From March 2-31, individuals rushed to purchase a net 11.2 trillion won worth of local stocks on expectations that stock prices could rebound after the stock market correction.

In stark contrast, foreigners and institutions sold off 12.5 trillion won and 116.6 billion won, respectively, over the same period on fears of COVID-19's prolonged impact on the market.