As of the end of March, the combined net asset value of private and public offering funds sank to 646.2 trillion won (US$521.1 billion), down 6.6 percent from a month ago, according to data from the Korea Financial Investment Association (KOFIA).

The reading marked the steepest fall since the KOFIA started tracking such data in January 2004. Certain private equity funds that involve participation in management were excluded from the tally. 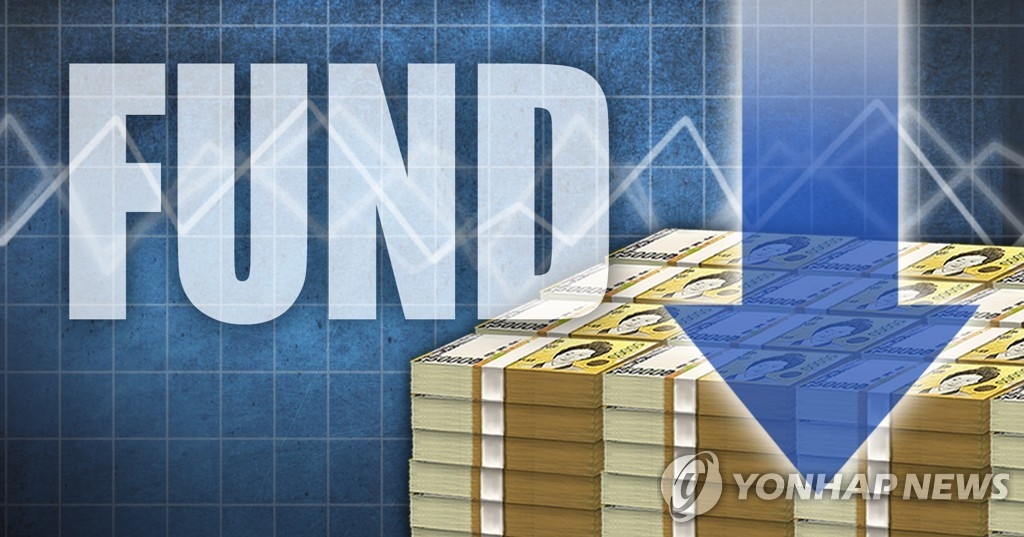 The South Korean funds market had peaked at a record high 708.5 trillion won on Feb. 19 but began to wither fast.

The slumping fund NAV is largely attributed to the COVID-19 pandemic's global economic fallout. Plunging stock indexes and unstable bond rates were among the first indicators of pandemic fears, followed by disruptions in the funds market.

The NAV of public offering funds saw an even larger drop than private funds.