SEOUL, April 2 (Yonhap) -- The South Korean government's recent plans to give financial support to the virus-hit film industry is drawing mixed views on whether they are effective and realistic enough for theaters and filmmakers to get over the crisis.

Earlier this week, the government said it is considering an exemption from charges for the film development fund for a limited period as part of comprehensive measures to back up industries struggling with slumping demand due to the coronavirus outbreak.

All local movie theaters should contribute 3 percent of ticket sales every month to the fund. The total amount of annual imposition is about 54 billion won (US$43.5 million).

The government's plan also includes funding for opening marketing to some 20 films that have had their premieres pushed back because of the virus, and subsidies to help movie studios resume their filming or producing that have been on hold indefinitely.

The number of moviegoers in South Korea dropped to a record low of 1.83 million last month, the lowest for the month since the local box-office data was first compiled in 2004. A year ago, 14.67 million tickets were sold across the nation.

Leading multiplex chains like CGV have closed some of their cinemas in the country as belt-tightening efforts.

Some said the government came up with such supporting measures in a timely manner.

"It's meaningful that the government is aware that the film industry is at risk," an industry official said.

But others noted it is not enough to help theaters, film distributors and production studios stay afloat.

They claimed the government is actually seeking a reduction of the film development fund charges, instead of an exemption, while theaters have demanded the authorities lift the duty entirely.

Moreover, the latest government measures do not cover liquidity support to local theaters that have fallen into a cash crunch due to a sharp drop in ticket sales.

"We've asked the government to offer immunity from payment for the development fund, but the government is believed to be considering just a partial exemption," another official said. "It is impossible for the plan to keep the dying film industry alive."

The state-run Korean Film Council, meanwhile, said it is preparing to map out detailed action plans to support the film industry. 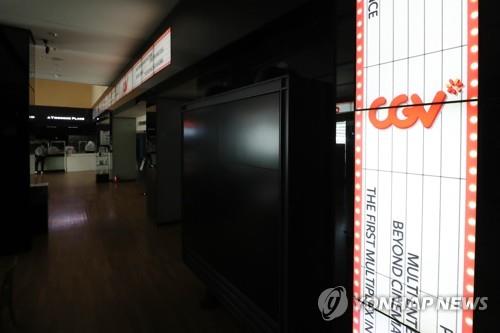