The conversation came amid tensions caused by the North's repeated short-range rocket tests and a protracted stalemate in nuclear negotiations between Washington and Pyongyang.

"The two sides shared their assessment of the recent situation on the Korean Peninsula, and discussed ways to cooperate to make substantive progress in the efforts for the complete denuclearization of the peninsula and a lasting peace," the ministry said in a press release.

Efforts to bring the North back to the negotiating table have recently slowed, as Seoul, Washington and Pyongyang have been focusing on stemming the spread of the new coronavirus. 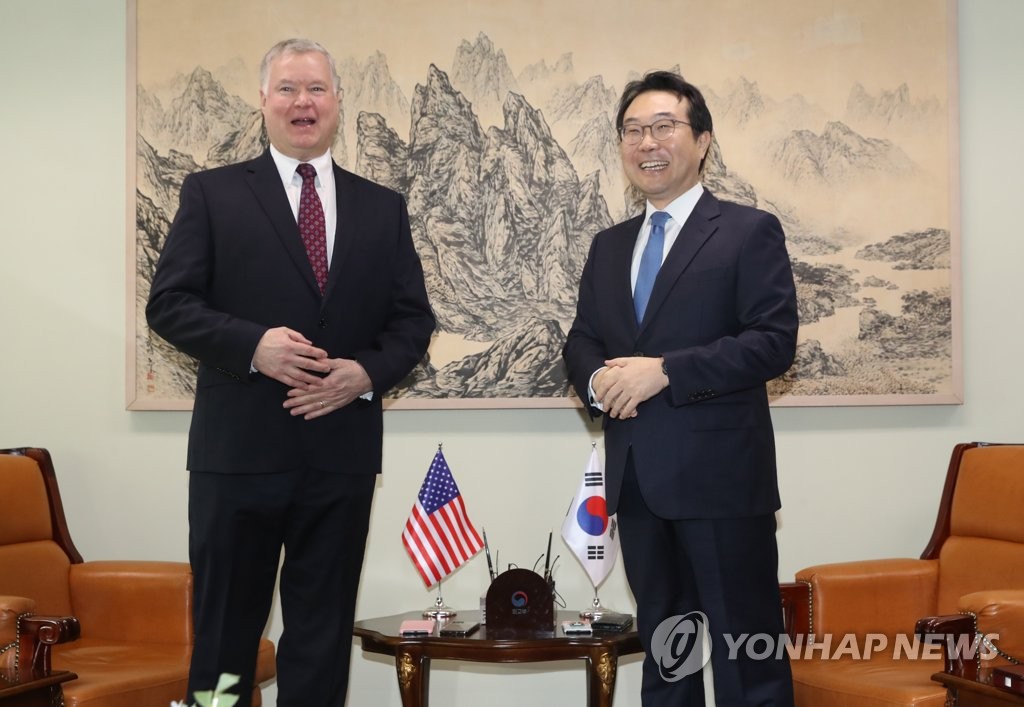