SEOUL, April 2 (Yonhap) -- North Korea has been pushing for a five-year space development program purely for peaceful purposes, a state propaganda outlet said Thursday, despite outside criticism that it's a cover for developing long-range missiles capable of striking the United States.

Naenara, the propaganda website, said that the North's National Aerospace Development Administration (NADA) has been working on the space program since 2016 to resolve problems in the economy and improve the lives of North Koreans.

"The principle is to develop space thoroughly for peaceful purposes," it said.

The five-year program is believed to be the second of its kind.

According to past state media reports, the North launched its first five-year space development program in 2012 and established the space agency NADA the following year. That program is believed to have come to an end in 2015.

According to Naenara, the North's space agency successfully put the Kwangmyongsong-4 satellite into orbit in February 2016 before testing a new rocket engine to launch geostationary satellites in September that year, according to the report.

The report added that the North is pushing ahead with projects to advance satellite image processing, developing software on geographical information and building a broadband communication network with a geostationary satellite.

North Korea has long claimed that its rocket launches are aimed at putting satellites into orbit, claiming it has the right to the peaceful use of space. But Pyongyang is banned from such launches under U.N. Security Council resolutions as it has been accused of using them as cover for testing intercontinental ballistic missiles (ICBMs).

Experts say long-range rockets and ICBMs are basically the same, with differences only in payloads. 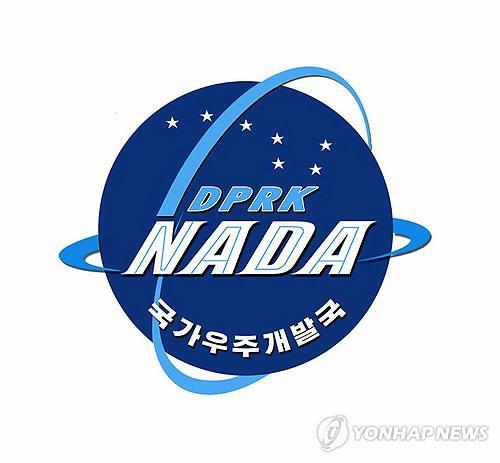