SEOUL, April 2 (Yonhap) -- Having delayed the opening of its season due to the coronavirus outbreak, the Korea Baseball Organization (KBO) has been trying to set the new start date in line with the beginning of the new academic year.

There's a certain degree of symbolism attached to it in times like these, when many businesses are closed and people are being advised to keep a safe distance in public. If it's deemed safe enough for students to return to classrooms and mingle with one another, then surely, it'd be okay for grown-ups to play some ball, right?

A medical expert advised against that approach, saying the baseball league should only pay attention to infections in communities and see if the curve has been sufficiently flattened. 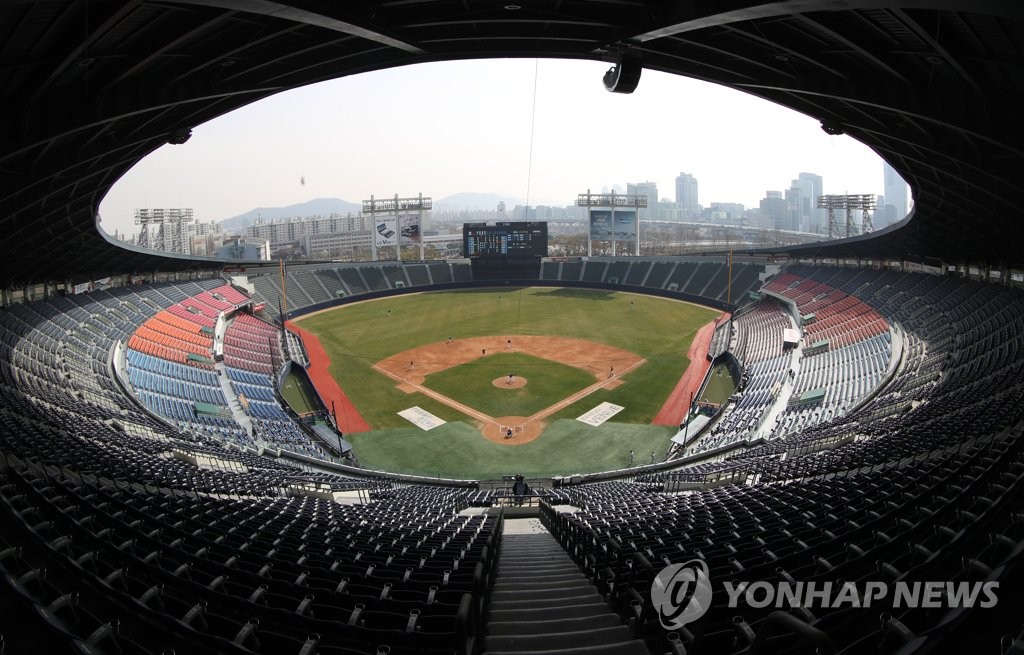 "I don't think Opening Day should be tied to the start of school," Jun Byung-yool, professor of preventive medicine at the Cha University Graduate School of Medicine, told Yonhap News Agency on Wednesday. "Teams should instead monitor situations in their local communities and see if the number of cases stays under a certain threshold for an extended period of time. We have to reach a point where we can say the situation is under control."

Jun, former head of the Korea Centers for Disease Control and Prevention (KCDC), serves on a 13-member COVID-19 task force for the KBO. It was formed on March 17 to formulate effective responses to the pandemic. Neither Jun nor KBO officials contacted by Yonhap News Agency divulged exactly what the threshold is, saying the figures they had on the table during the most recent task force meeting Wednesday were arbitrary.

The virus outbreak forced the KBO to cancel its preseason, initially set for March 14-26, and also to delay the start of the season from March 28, or last Saturday.

When the number of daily cases dropped from triple digits to double figures around mid-March, the KBO said it would try to start the preseason on April 7 and then launch the regular season sometime after April 20.

The league settled on April 7, or next Tuesday, because it was the day after schools were scheduled to open, following a month worth of delay. 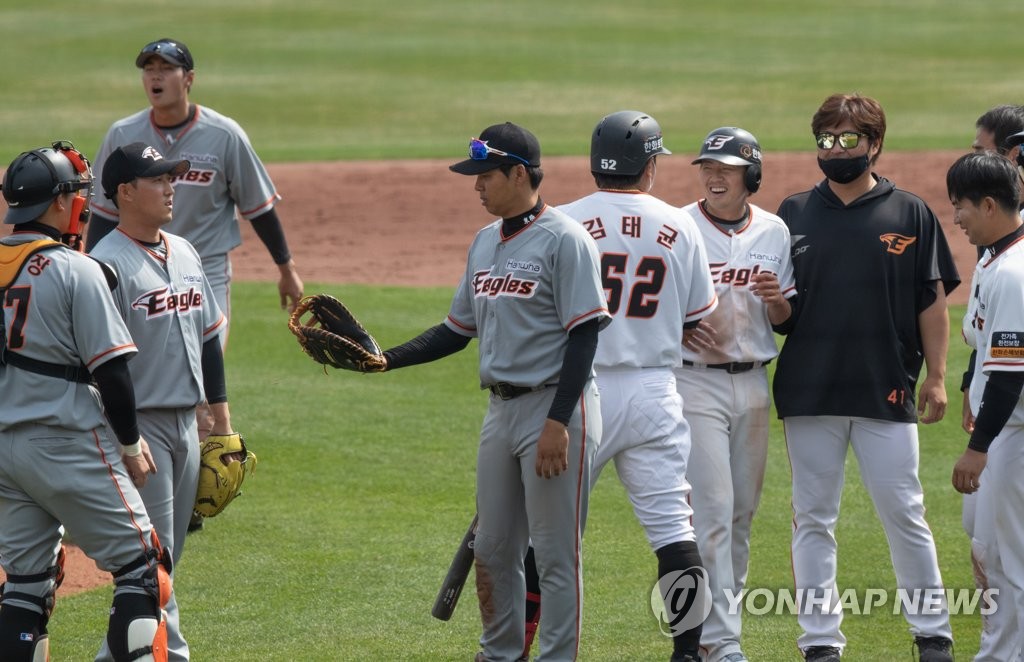 But on Tuesday, the education ministry announced the new year will begin April 9 with online classes for high school and middle school seniors, with lower grades to follow in the coming days. It's still not clear when students will be back in their classrooms.

The KBO reacted accordingly later Tuesday, moving the start of the preseason to April 21 and of the regular season to sometime later in April or early May.

No matter when the season begins, Jun stressed that it's imperative for teams to take strict steps to keep their players safe. That's perhaps stating the obvious, but considering how KBO teams may have been tempting fate of late, it's still sound advice.

To prevent the spread of the virus, the league has limited teams to playing intrasquad scrimmages at their home parks and banned any games that involve traveling. Still, several teams have had training disrupted when their players came down with fever and had to be tested for the coronavirus.

So far, every one of those players has tested negative. No one knows how long that streak will last.

Jun noted that if a player is infected with the virus after the season begins, it will force up to three teams to isolate themselves: the player's own team, that team's most recent opponent, and perhaps even the opponent right before that, depending on when the player tests positive.

"You're looking at stopping play for 14 days (in case of positive tests), and if we get multiple infections, we may lose a month worth of games," Jun said. "Those will be hard to make up. (Keeping players clean) is a lot easier said than done, and KBO teams must not take this lightly." 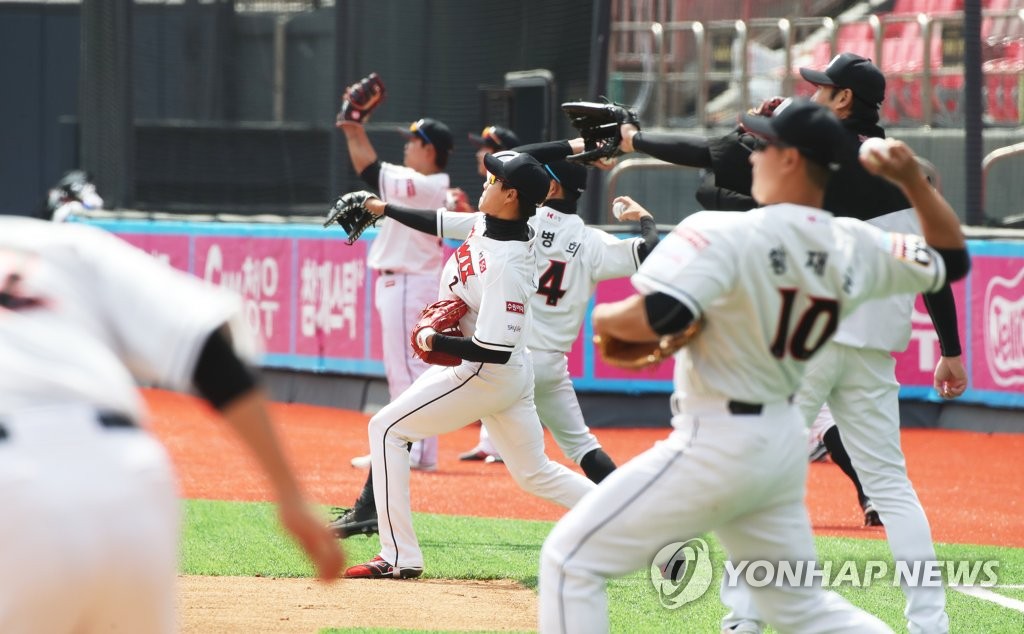 A normal KBO season goes for 144 games. During their meeting Tuesday, team general managers (GMs) and KBO officials ran a few numbers to see if they'd still be able to get all games in despite the delayed start, and to figure out how much shorter the season would have to be when push comes to shove.

Though it seems to have budged a bit, the KBO still seems fairly bent on playing all 144 games in a compressed season, to a point that the All-Star Game has been canceled to accommodate the regular season.

Despite an obvious thirst for action in a baseball-crazed country, the KBO has still faced some criticism for its push to get the season started in April. Detractors say even if KBO teams play some early games behind closed doors, baseball players will still be at a risk for infection, given their proximity to their teammates in the clubhouse and the dugout.

Publicly, league officials say they want to provide some much-needed entertainment and diversion for the virus-hit nation. But there are also major financial implications stemming from a mega broadcast rights deal the league signed just two months ago.

On Feb. 3, the league signed a four-year deal worth 216 billion won (US$174.010) with the three national terrestrial networks, KBS, MBC and SBS. That's on top of a new media rights contract signed last year with a consortium of web portals and mobile carriers, worth 110 billion won over five years.

With that kind of money at stake, it's easy to see why the KBO wants to play a full season. It's much more difficult to chart a course that gets the ball rolling early enough to get those 144 games into the books. 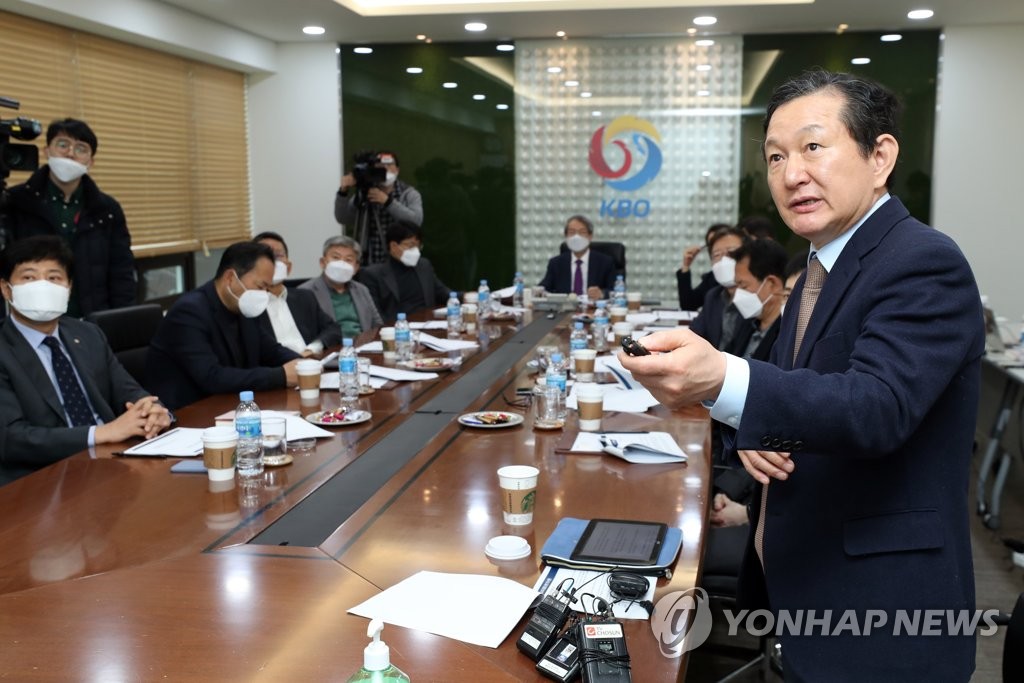