Speaking on the telephone with President Moon Jae-in, Duque said he is "deeply respectful" of South Korea's handling of COVID-19 and that Colombia desires to learn from it in "the most challenging moment in its history." The virus has sickened more than 900 people in the South American country, with at least 16 deaths.

"(We) would like to purchase medical products, including respirators, via South Korea's private firms," he said in the 25-minute phone call, requesting Moon's support, according to Cheong Wa Dae spokesman Kang Min-seok.

Duque cited "brotherhood" between the sides especially on the 70th anniversary of Colombia's participation in the 1950-53 Korean War.

As Colombia, which fought for South Korea 70 years ago, is now staging a war against an "invisible enemy," it would be of big help should South Korea share its experience and know-how on dealing with the virus, he was quoted as adding. 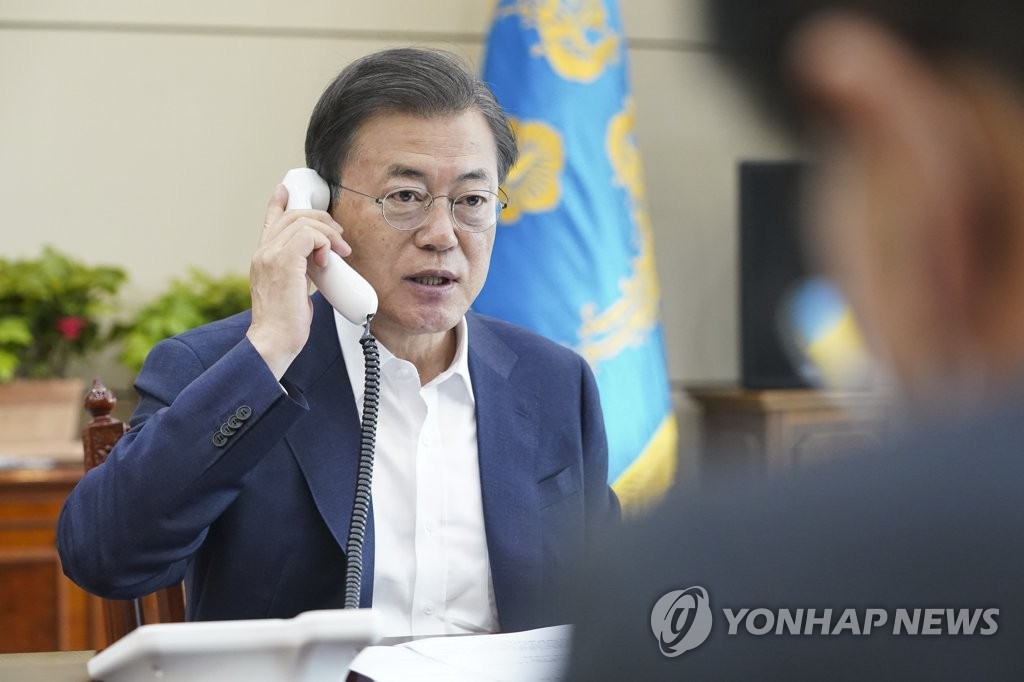 Moon agreed that Colombia is a "friend country" of South Korea, having dispatched combat troops to the three-year conflict.

He emphasized the significance of "cooperation and solidarity" of the international community since the COVID-19 incident is not a problem confirmed to a single nation.

Moon assured Duque that South Korea will "actively share" its related experience and clinical data with Colombia and other countries.

The president also promised to cooperate on the request for the shipment of test kits and respirators.

Duque, meanwhile, has postponed his visit to South Korea this month due to the pandemic. The leaders agreed to reschedule it via diplomatic channel consultations.