Cho, a 25-year-old, has been put under arrest for allegedly blackmailing girls into sharing sexual videos, which were then posted in his pay-to-view chat room, dubbed "Baksabang," on the Telegram messenger service.

A special investigation team of the National Police Agency (NPA) said that it has detained two of Cho's three accomplices and is tracking down another suspect.

The three accomplices are suspected of having jointly managed Baksabang, meaning doctor's room in Korean, along with Cho, the NPA team said, adding it will consider requesting an arrest warrant for the two detainees. 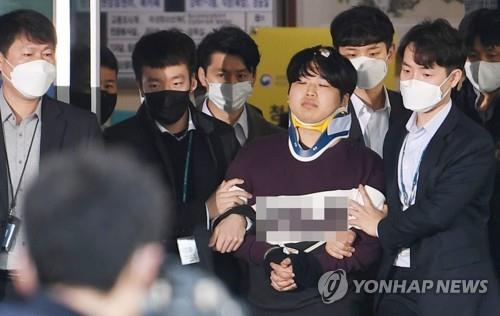 The team also said it is trying to contact the operator of Telegram, an encrypted instant messaging service, as part of its investigations into other chat rooms involved in online sexual abuses.

"The location of Telegram's headquarters has not been confirmed yet. We're in consultation with Dubai police, as a Telegram notice says its headquarters is in Dubai," an NPA official said.

Following President Moon Jae-in's order for a thorough probe into digital sex crimes, police have been expanding their investigations into Baksabang and other illicit Telegram chat rooms. A total of 140 suspects have been detained in 98 sexual exploitation cases, and 23 of them have been put under arrest.

In particular, police have so far obtained the nicknames of about 15,000 paid members of Baksabang from digital data secured from Cho and are now tracking down their personal identity information.