The 59-year-old medical practitioner in Daegu, 300 kilometers southeast of Seoul, was confirmed with the virus on March 19 and had been undergoing treatment at a hospital there, according to the city's health authorities.

It is not known how exactly he became infected, but he might have contracted the illness while treating a patient at his clinic.

According to the authorities, 121 medical personnel, including 14 doctors, in Daegu, the epicenter of the virus outbreak here, have been confirmed with the new coronavirus.

Since the first coronavirus case was reported Jan. 20, the country had detected 10,062 virus cases as of Friday.

The country's death toll rose by five to 174, with more than half of fatalities being patients aged 80 or older. 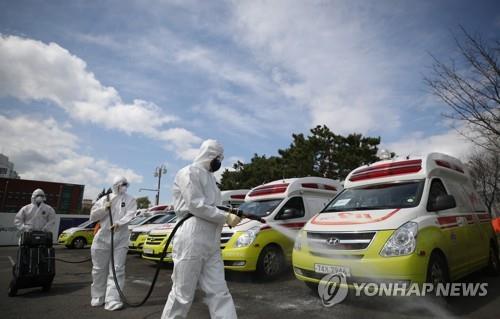