SEOUL, April 2 (Yonhap) -- Reflecting growing public concerns over the new coronavirus that has infected nearly 10,000 in South Korea, a poll showed Thursday that residents in Seoul want tightened measures to prevent more cluster infections in such facilities as churches, karaoke rooms and gyms.

Some 71 percent of respondents said the central or municipal government should ban religious events, while 54 percent said internet cafes and karaoke rooms should be closed, according to the survey conducted by Embrain Public on behalf of the Seoul city government.

Around 47 percent of the respondents said the government should also close down indoor sports facilities, the survey showed.

However, the sentiment was much weaker when it came to educational facilities. Only 35 percent of the respondents said private-sector cram schools should be closed, while 48 percent said a voluntary advisory is more appropriate. 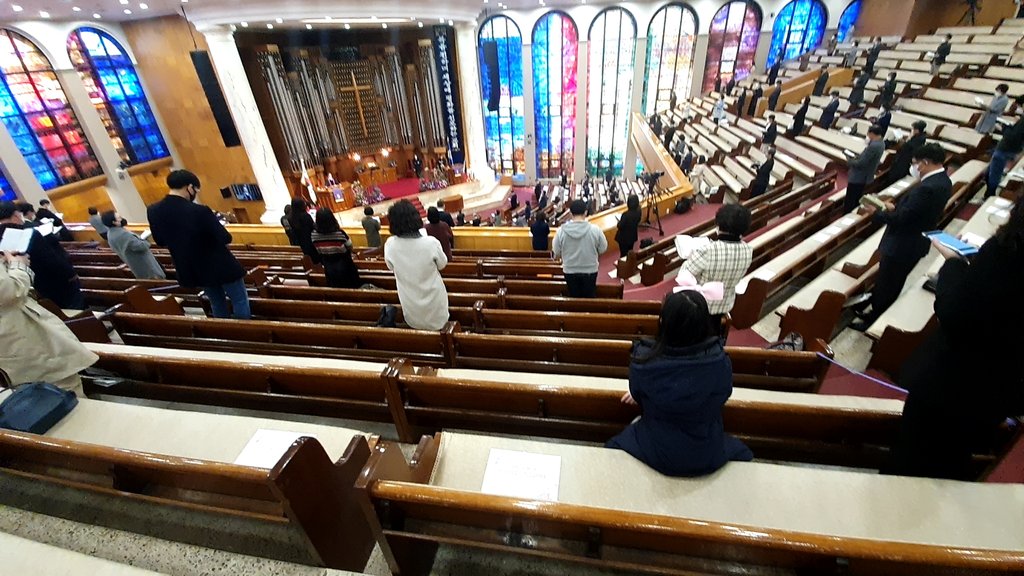 The government has issued a two-week advisory against using group facilities as part of its social distancing scheme that is tentatively set to end on April 5. Vice Health Minister Kim Ganglip said Thursday that the government will announce its plans on extending the campaign before the weekend.

The poll, meanwhile, showed that 88 percent of the respondents felt the social distancing scheme was effective in minimizing cluster infections.

But around 42 percent said they felt anxious and distressed due to the prolonged social distancing campaign. Another 27 percent said it hampers small businesses.

The poll was conducted on 1,500 Seoul residents aged 18 or older between March 28 and March 30. It had a margin of error of 2.5 percentage points and a 95 percent confidence level.