Doosan Group said the pay cuts will affect executives of all of its affiliates, including Doosan Heavy, beginning this month. Still, no specific time frame was given for when the pay cuts will remain in effect. 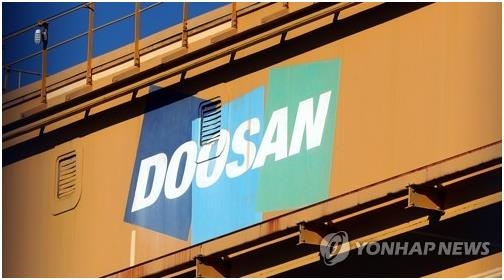 Doosan Heavy, South Korea's largest power equipment maker, said about 600 out of its total of 6,700 employees have opted to leave the company in its first retirement program in five years.

The move is part of Doosan Heavy's efforts to cut costs amid dwindling orders.

Doosan Heavy's net losses deepened in recent years as South Korea has pusehd to boost the supply of power from clean and renewable energy sources while weaning the country off nuclear and coal-fired plants.

Doosan Heavy posted accumulated net losses worth 2.68 trillion won from 2014 through 2019. Doosan Heavy said orders worth about 10 trillion won have dried up due to the cancellation of nuclear and coal-fired plant projects in South Korea.

Doosan Group execs to forgo 30 pct of their wages

Doosan Group execs to forgo 30 pct of their wages