SEOUL, April 2 (Yonhap) -- The leaders of South Korea and Denmark had phone talks Thursday on the coronavirus pandemic and a postponed international summit on climate change, Cheong Wa Dae said.

In the conversation with Danish Prime Minister Mette Frederiksen, President Moon Jae-in emphasized the importance of international coordination to terminate the COVID-19 outbreak at an early date, according to Cheong Wa Dae spokesman Kang Min-seok.

Moon reaffirmed Seoul's willingness to share its relevant experience and clinical data with Denmark and other countries.

Frederiksen said her government is looking forward to working together with South Korea, especially at time when the supply of medical products matters. She paid "big attention" to imports of South Korea's test kits and medical devices.

Moon asked her to list what Denmark needs, saying South Korea would "actively consider" support as long as conditions are allowed. 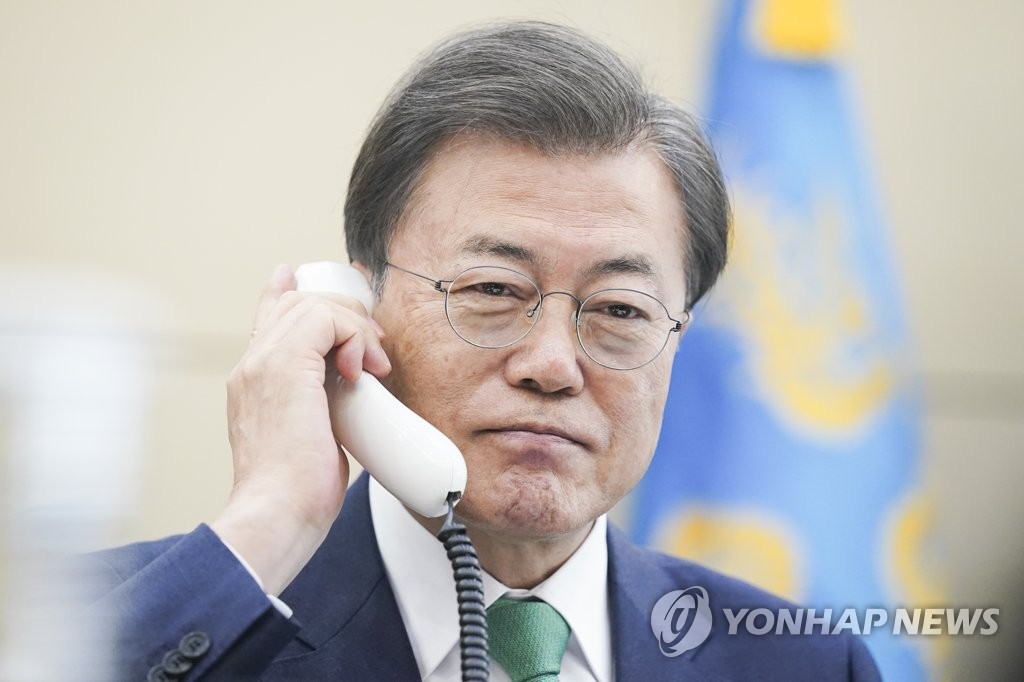 Moon, meanwhile, explained his government's unavoidable decision to put off the second P4G summit, which was scheduled to take place in Seoul in June, till next year amid the spread of the virus.

On a new schedule, he said, South Korea would seek "the most desirable time" through consultations with Denmark and other major partners.

Frederiksen expressed her "full support" for Seoul's decision on the P4G session, according to Kang.

Denmark is a leader in the public-private initiative to tackle climate change and other sustainable development challenges. It hosted the inaugural P4G summit in its capital, Copenhagen, in October 2018. P4G stands for Partnering for Green Growth and the Global Goals 2030.

She took note of South Korea's plan to play host to the second session next year, instead of cancelling it, and described the move as reflecting Moon's "green leadership," Kang said.