The process will be suspended at Seoul's embassies in India, El Salvador and Oman, and two consulates in Russia and Iraq, according to the National Election Commission.

Following the move, votes will not be cast at a total of 91 missions in 55 countries and territories.

An estimated 87,252 voters will be affected, accounting for 50.7 percent of eligible overseas voters.

Overseas voters in other areas will be allowed to cast their ballots through Monday. 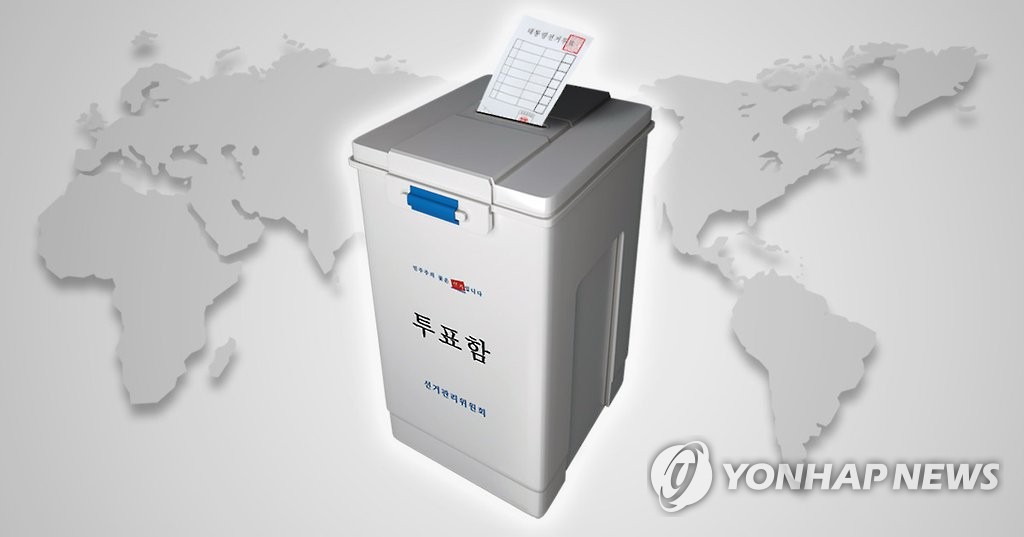