WASHINGTON, April 2 (Yonhap) -- The U.S. State Department on Thursday called on North Korea and other countries to release religious prisoners amid the coronavirus pandemic.

Sam Brownback, the department's ambassador at large for international religious freedom, said he was looking at millions of religious prisoners in China, Iran, Russia and other nations.

"North Korea has a very high number, and we don't know how many are in their gulag system that they have, and they would be under exceeding exposure to COVID," he said in a teleconference with reporters.

"And unfortunately in some of these prison situations, too, they allow their prisoners to be kept in very crowded, unsanitary conditions and they die there, and that's just allowed by the government rather than being concerned at all for the health and safety of their citizens, even though they may not agree with their religious practices," he added. 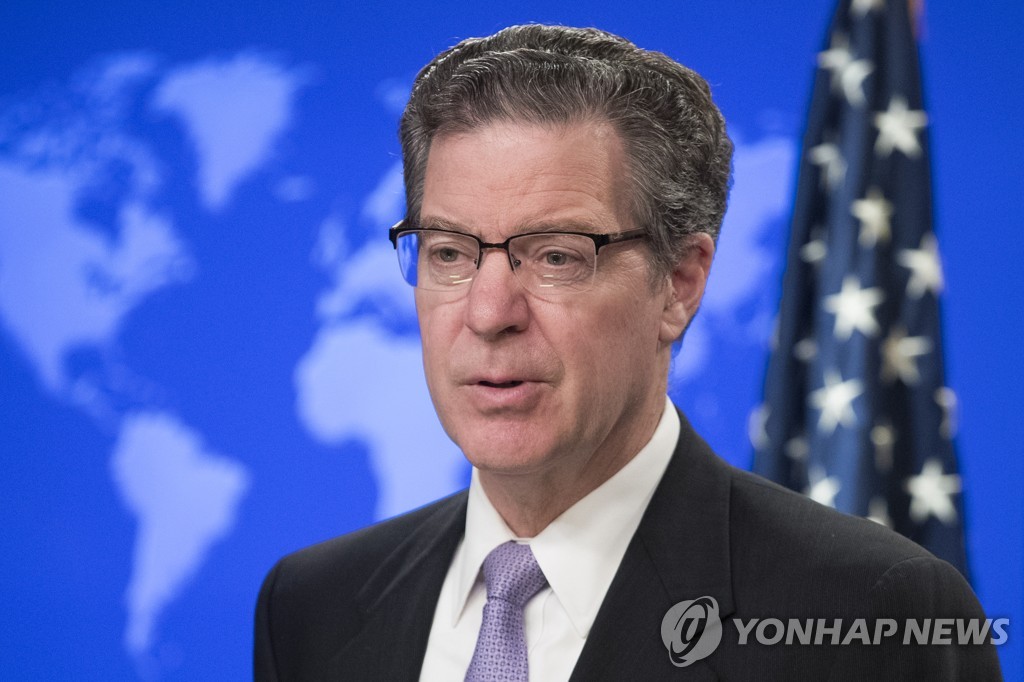 In December, the State Department redesignated North Korea as a violator of religious freedom, continuing a designation the communist nation earned in 2001. North Korea was listed among nine Countries of Particular Concern for engaging in or tolerating "systematic, ongoing, (and) egregious violations of religious freedom." Other countries included Burma, China, Eritrea and Iran.

Asked to identify countries where religious prisoners are at high risk of contracting COVID-19, Brownback said Iran was among the first to come to mind.

"North Korea is one just because, again, of individual reporting, the eyewitnesses of people that have gotten out and escaped North Korea of the horrific conditions in those areas," he said. "But then just any of these, honestly, where you've got a tight crowded situation, we know how quickly and easily this virus spreads and how much you have to get on top of it if you're a person that gets hit by very difficult symptoms with it."

North Korea has reported no cases of the coronavirus, although many suspect the regime is covering up an outbreak.

U.S. calls on N. Korea, others to free religious prisoners amid coronavirus pandemic

U.S. calls on N. Korea, others to free religious prisoners amid coronavirus pandemic