SEOUL, April 3 (Yonhap) -- About 100 South Koreans returned home from coronavirus-hit Morocco on Friday on a special flight that the North African nation arranged to transport medical items from South Korea.

The Moroccan government instead flew a separate cargo plane along with the passenger jet for the shipment of the medical equipment, including diagnostic kits, ventilators and fever-detecting cameras, a foreign ministry official told reporters.

Both planes, one of which had 105 Koreans on board, including volunteers from the state aid agency KOICA, landed at Incheon International Airport, west of Seoul, around noon.

In recent phone talks between the top diplomats of the two countries, they agreed to use the special flights to bring the Koreans home and send the medical equipment to Morocco. 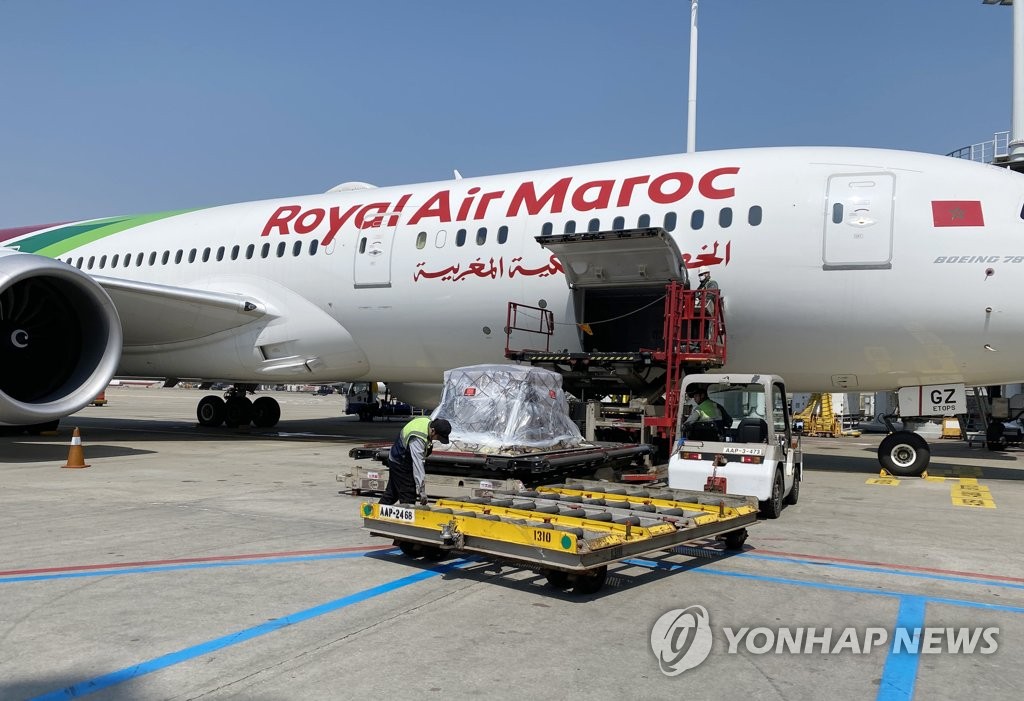