"Currently, the government is closely monitoring the debt-maturing schedules and other developments in the short-term money market and corporate bond market," Kim Yong-beom said after a weekly meeting in Seoul. 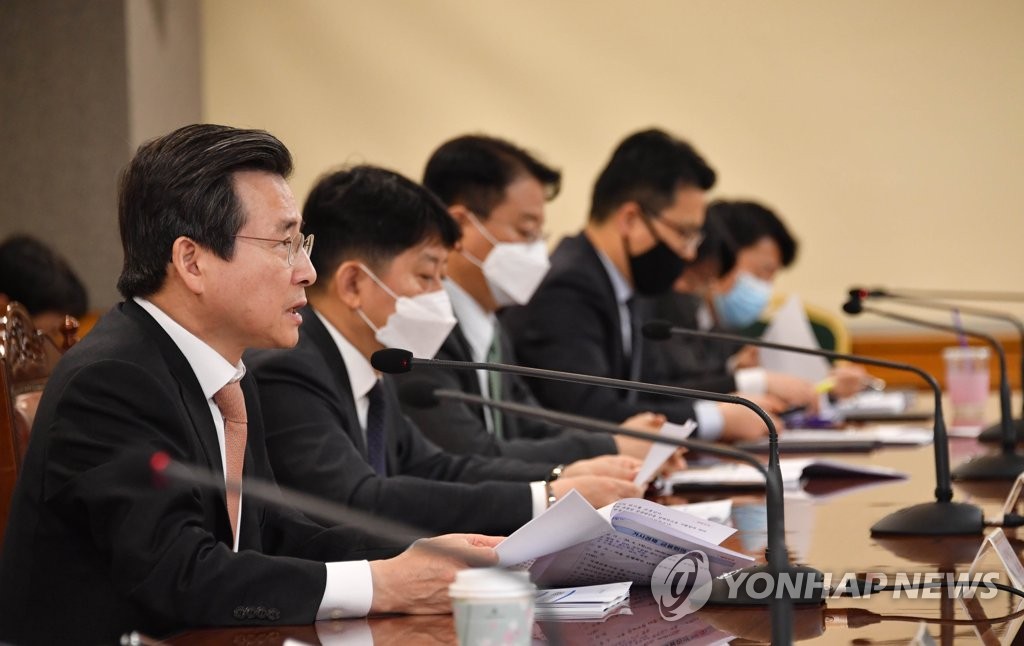 Kim insisted market concerns over a possible liquidity crunch have nearly been removed by a series of government measures that included a temporary reduction in the foreign exchange liquidity coverage ratio for banks.

The Bank of Korea has also signed a US$60 billion bilateral currency swap agreement with the U.S Federal Reserve.

South Korea's central bank has already delivered some $8.7 billion in U.S. banknotes to local banks using its currency swap line with the U.S.

The central bank earlier said its foreign exchange reserves dropped by $8.96 billion in March -- the sharpest on-month decline since November 2008 --- due in part to its market stabilization measures.

Kim said the economic impact from the coronavirus outbreak may still be limited, noting the country's exports, in terms of volume, jumped by a 17-month high of 13.1 percent on-year in March.

"It is also true that uncertainties for our exports are continuing to expand due to a cut in demand in major import countries and damage to the global value chain caused by the spread of COVID-19," Kim said.