SEOUL, April 3 (Yonhap) -- The Seoul city government said Friday it plans to take legal action against members of a Protestant church for violating the city's administrative order not to hold mass gatherings to prevent the spread of the new coronavirus.

The metropolitan government plans to file complaints against two pastors and a lawyer who led Sarang Jeil Church's Sunday service, as well as those who attended, the government said in a press release.

The church had been banned from hosting mass events after it was found to have violated precautionary measures for containing COVID-19 during its service on March 22, the city said.

The move came as concerns are growing over mass infections in the capital area. More than 1,000 cases, mostly imported cases and cluster transmissions, have been reported in Seoul, Gyeonggi Province and Incheon.

The church, in the northeastern ward of Seongbuk, is associated with Jun Kwang-hoon, a conservative pastor who has led mass anti-government rallies in central Seoul. 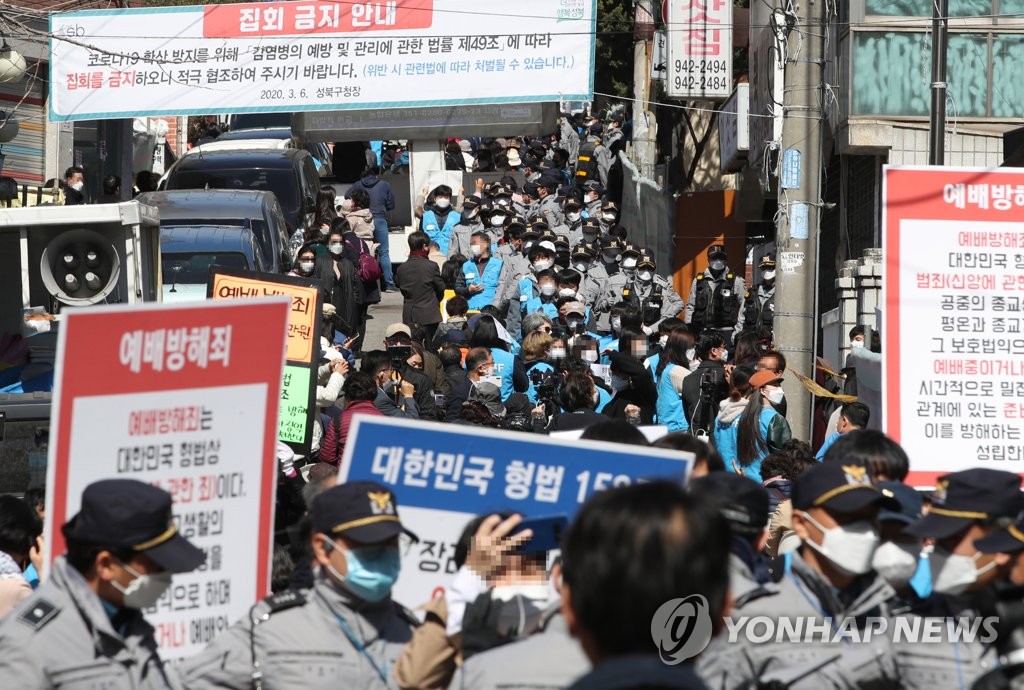