The new COVID-19 case came from Osan Air Base in Pyeongtaek, some 70 kilometers south of Seoul, USFK tweeted. Other details were not immediately available.

The latest case marked the third straight day the virus was reported in the city, with the two previous ones having been confirmed from Camp Humphreys.

USFK has put the Pyeongtaek garrison under a partial lockdown, shutting down several facilities and restricting all movement except for mission essentials and basic needs.

Across the peninsula, the military remains at a level of "high" risk, and USFK Commander Gen. Robert Abrams declared a Public Health Emergency to issue related guidance and enforce compliance. 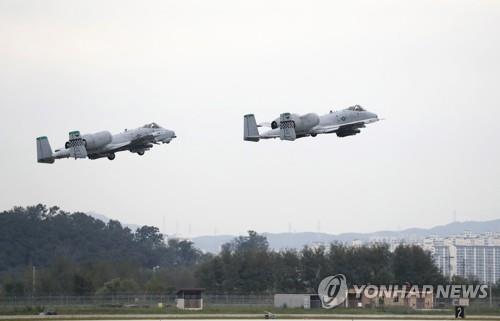