SEOUL, April 4 (Yonhap) -- Streets and villages famous for spring blossom festivals have been blocked or shut down for the coming weeks as part of a nationwide social distancing campaign in the midst of the protracted novel coronavirus outbreak.

Yeongdeungpo District in western Seoul has decided to cancel the annual Yeouido Cherry Blossom Festival this year, one of the most well-known flower festivals in Seoul. 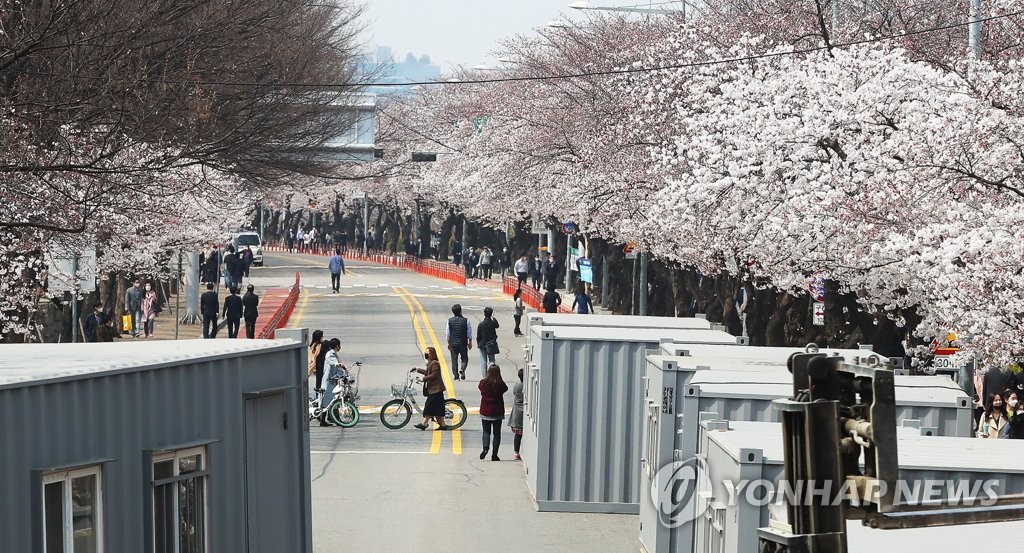 It has closed off the road, the main venue of the festival behind the National Assembly Building in Yeouido, for about a week. Visitors are banned from entering the site until April 10, and vehicles until April 11.

Public bus stops on the street will be also closed for this weekend, while parking lots of Yeouido Hangang Park will be barricaded during the weekend.

Officials said they took the precautionary steps against possible mass infections of COVID-19 as the area with beautiful flowers in full blossom attracts a number of people every spring.

Seokchon Lake Park in Songpa Ward in eastern Seoul will be shut down until April 12, while walking trails by Yangjaecheon, a stream that flows through the southern part of Seoul, will be barred up for the weekend.

At the same time, provincial governments have been moving swiftly to close off tourists attractions and cancel spring festivals.

On the southern resort island of Jeju, rape flowers on central Noksan Road will be plowed up earlier than annually scheduled to prevent mass visiting by tourists.

The road is one of the most beautiful scenic roads in the country, with massive rape flowers and cherry blossoms lining the 10 kilometer road.

About 20 spring festivals have been canceled and 66 events have been put off since February on Jeju Island alone, according to the government of Jeju. 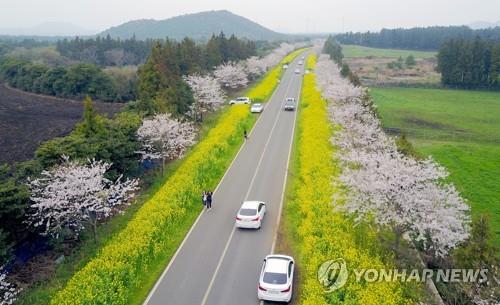 Samcheok city on the east coast will also remove a rape flower field to prevent further infection in the region.

It made the decision because a number of tourists are still coming to enjoy the flowers despite the cancellation of the blossom festival in the region.

The number of confirmed cases of the coronavirus in South Korea topped 10,000 on Friday. The government has kept asking its people to stay at home and avoid public gatherings.