SEOUL, April 3 (Yonhap) -- The St. Louis Cardinals may allow their South Korean pitcher Kim Kwang-hyun to return home to be with his family, a senior executive for the club said, with the start of the 2020 season still weeks, if not months, away due to the coronavirus pandemic.

In a teleconference with reporters Thursday afternoon in the United States, John Mozeliak, the Cardinals' president of baseball operations, said he had spoken with the 31-year-old big league rookie about returning to South Korea.

Kim, who signed a two-year deal with the Cardinals in December after 13 years in South Korea, left the Cardinals' spring training site in Jupiter, Florida, this week to relocate to St. Louis. 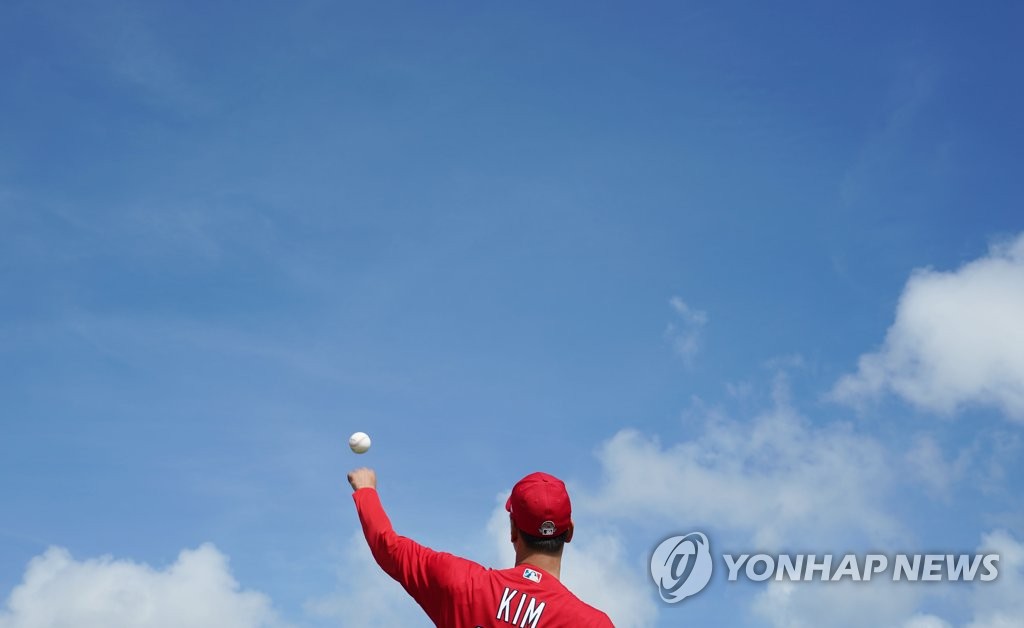 "I can only imagine the mental challenge he's under with his wife and children back in South Korea and trying to adapt to a new country and a new team, and then have all this thrust upon him," Mozeliak was quoted as saying by the St. Louis Post-Dispatch and other reports.

"We have not determined if (a trip back to South Korea) will happen or not because there is the risk that the borders could be shut down and travel could be limited. We're just trying to navigate this as best we can. But, clearly, this has not been easy for him. I think all of us could understand why."

If Kim does come back to South Korea, he will have to self-isolate for two weeks before he can be reunited with his family.

Mozeliak said he asked Kim to fly to St. Louis, since Jupiter is "basically closed" and it made sense for Kim to get settled in a city he would call home for a while.

Kim can work with veteran right-hander Adam Wainwright if he needs to play catch, according to Mozeliak.

"What I advised to everybody this week was just to let this week come and go, and we'll cross next week as it comes," the team president added.

Kim, an MVP-winning starter in the Korea Baseball Organization (KBO), entered his first big league spring training with an eye on a spot in the starting rotation. He then pitched eight shutout innings with 11 strikeouts against one walk across four appearances, including two starts.

That early impression went for naught as Major League Baseball was forced to wipe out spring training. The regular season was slated to begin on March 26, but it has been pushed back to late May at the earliest, following a recommendation by the Centers for Disease Control and Prevention (CDC) to cancel or postpone gatherings of 50 or more people. 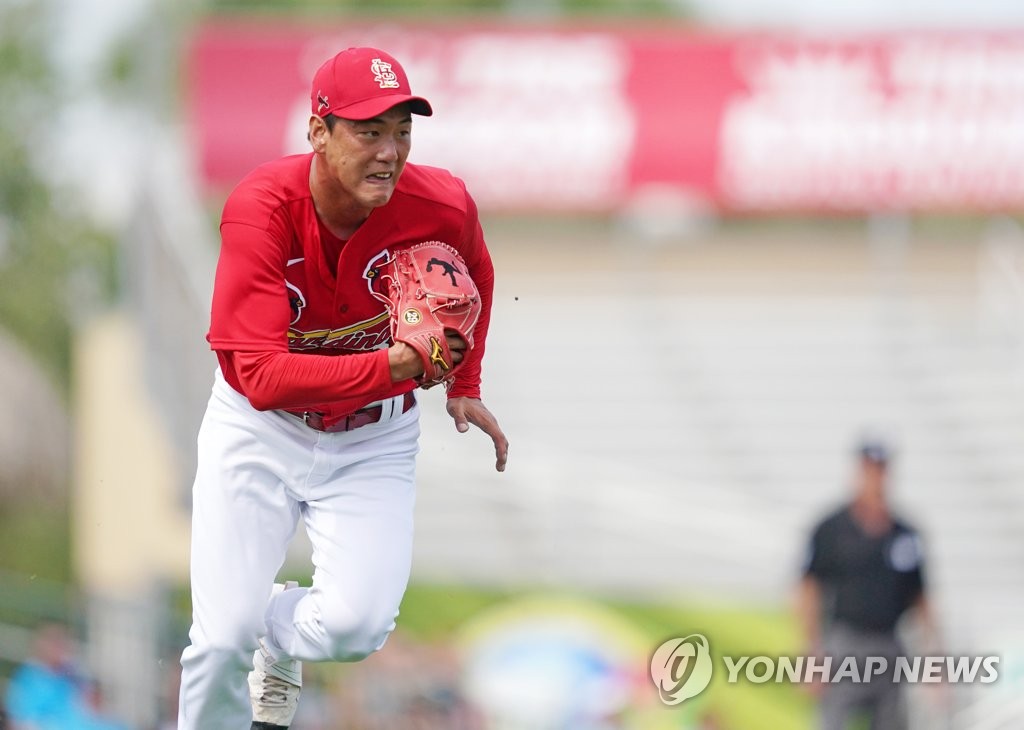 Among other South Korean big leaguers, Ryu Hyun-jin of the Toronto Blue Jays is still in the team's spring training home, Dunedin, Florida. This is Ryu's first season with the Blue Jays after seven years with the Los Angeles Dodgers, and he is unable to travel to Toronto after Canada closed its borders to foreign nationals in the wake of the COVID-19 outbreak.