SEOUL, April 3 (Yonhap) -- If the 2020 South Korean baseball postseason gets pushed to early winter by the coronavirus outbreak, then teams would be willing to play at a neutral, climate-controlled venue to ensure a warmer setting for players and fans, an informed source said Friday.

The source told Yonhap News Agency that general managers (GMs) from multiple Korea Baseball Organization (KBO) clubs are in favor of playing late playoff games at Gocheok Sky Dome in Seoul, the only domed ballpark in the country. It is the home of the Kiwoom Heroes in the KBO. 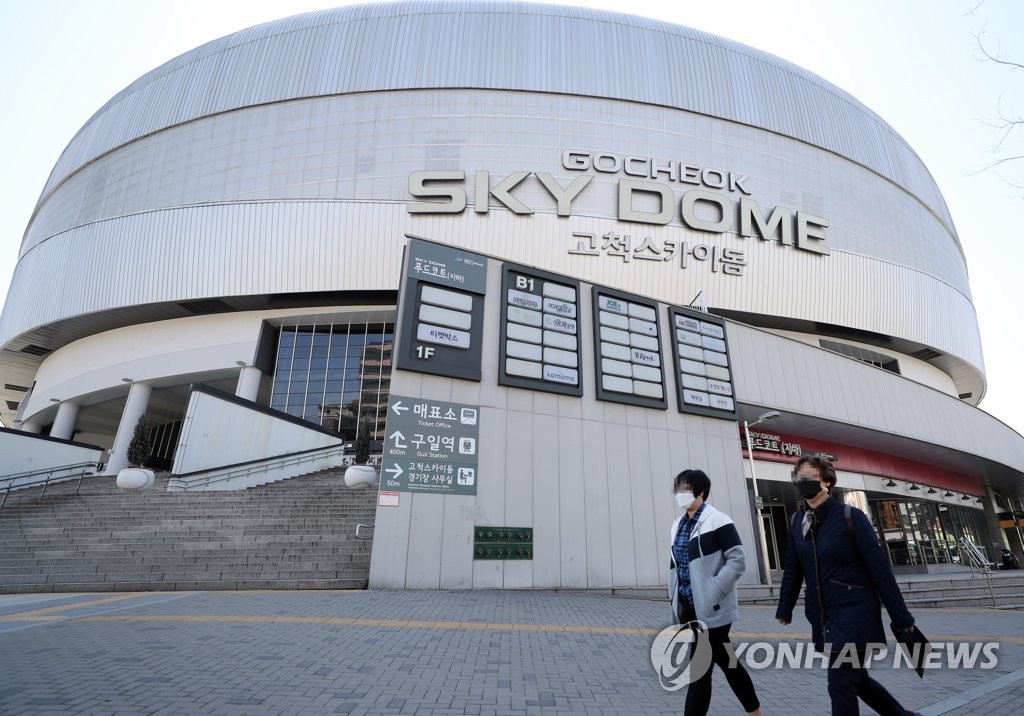 The idea was on the agenda during the GMs' executive committee meeting with KBO officials Tuesday. The source, familiar with the proceedings of the meeting, asked for anonymity because the proposal hasn't been formally submitted to the board of governors -- made up of team presidents -- for the final approval.

League and team officials are floating this and other ideas to salvage the 2020 season, which was supposed to start last Saturday but has instead been delayed indefinitely due to the global COVID-19 pandemic.

The KBO is hoping to get the ball rolling either late April or early May in order to get all 144 games into a compressed schedule. One league official said, based on multiple simulations, the season must begin by May 5 at the latest to get those 144 games into the books before December. In that case, there will be no All-Star Game in July, which is proceeded by the midseason break of a few days, and teams will have to play some doubleheaders and games on Mondays, normally a designated off day in the KBO.

League and team officials are also bracing for playoff games in late November, by which time the mercury will dip into the single digits in most regions, with the windchill temperature dropping closer to zero. Playing in open-air stadiums in such frigid conditions would expose fans to bitter conditions and leave players vulnerable to injuries.

"Teams have talked about playing at the dome, and some GMs said they'd be OK with it if it ensured players' safety," the source said. "If the postseason stretches to late November, then teams will definitely consider playing there."

One stumbling block is the availability of the dome in November. It's a popular venue for concerts and music awards shows during baseball's offseason, with U2, Queen, BTS and Katy Perry among major acts that have performed there. 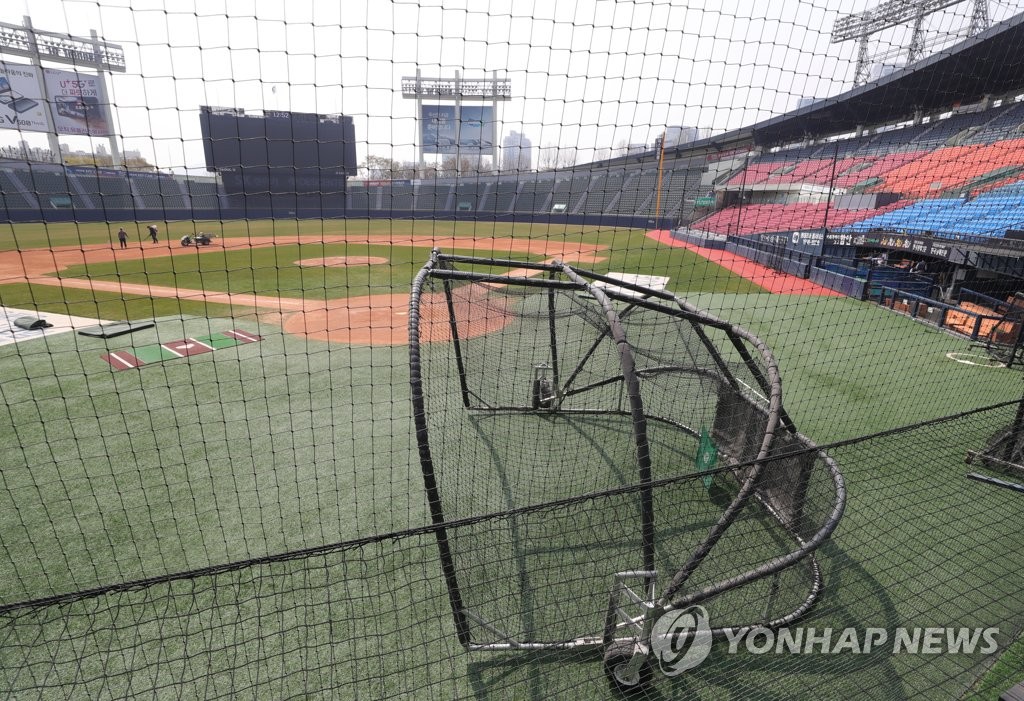 It's unclear how many shows the dome will host this year, given how the performing arts industry has taken a beating from COVID-19. According to another source, Seoul Facilities Corp., a state-run firm that manages the dome, is already fielding inquiries about available dates in November for concerts and other non-baseball events.

"They're seeking more certainty and clarity from the KBO, in terms of exactly when the league would like the dome to host postseason games as a neutral venue," the source said. "Once they set aside baseball dates, then they can move on to book other events. But now, they're kind of caught in no-man's land."

The latest finish to a KBO season came in 2018, when the SK Wyverns knocked off the Doosan Bears in Game 6 of the Korean Series on Nov. 12. The regular season that year included an 18-day midseason break to accommodate the Asian Games, where KBO stars made up the gold medal-winning national team.

The 2020 season also would have been interrupted by an 18-day layoff from July to August due to the Tokyo Olympics. But the Summer Games have been postponed to July 2021 because of the virus outbreak, and it gave KBO schedule makers some much-needed breathing room.

But the coronavirus pandemic continues to wreak havoc on the KBO's planning. Simply put, there's no way of predicting when it will be considered safe enough for the season to begin.

Is the league going to stick to the late April/early May timeline and open the season with a few games behind closed doors? Or is it going to wait until it'll be deemed safe for several thousands of fans to flock to ballparks and sit in close proximity to one another? If the KBO can't play all 144 games, how many games is it willing to sacrifice to be able to crown a champion at the end?

There are still more questions than answers. 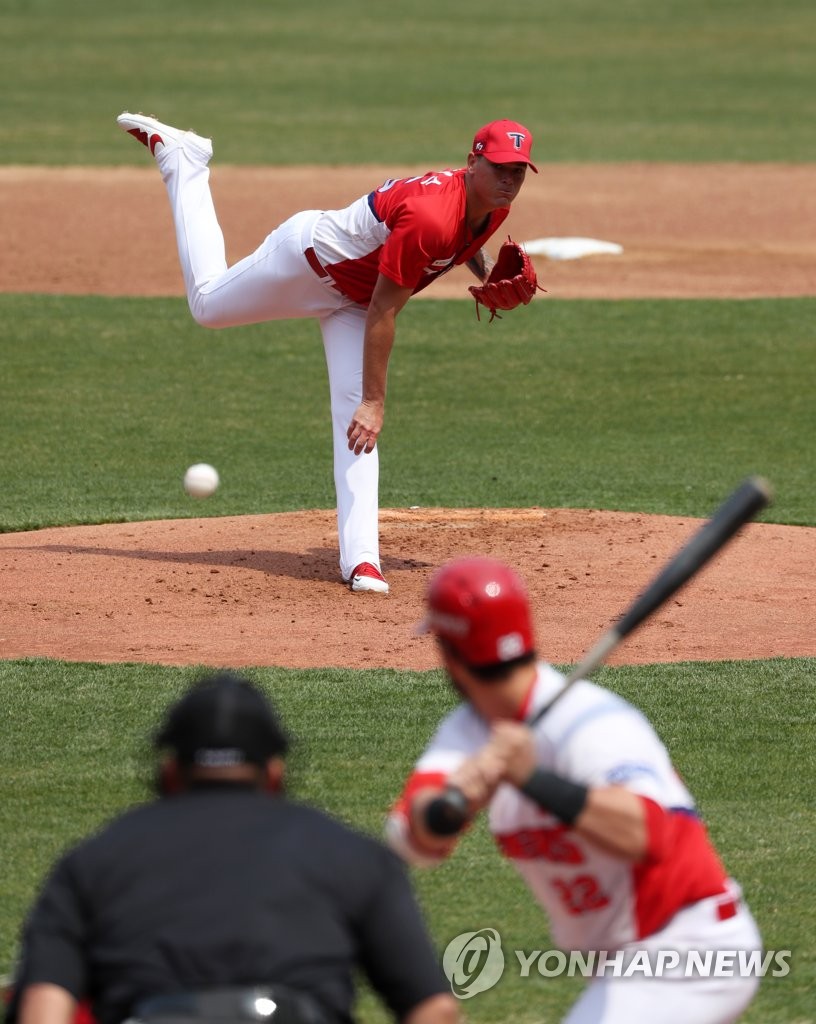