SEOUL, April 3 (Yonhap) -- With a few stray strokes painted with spray lacquer against the backdrop of white canvas, works by painter David Ostrowski border between clumsy graffiti and an enigma loaded with intricate aesthetics.

The German painter's "F" series paintings best capture such a borderline quality, and this month, 15 pieces of the series went into a show at Leeahn Gallery in Seoul under the title, "Human, Paintings, Emotions."

The local collection includes two massive paintings -- "F (N)" and "F (Deutscher Filmpreis)" -- hanging by wires from the ceiling, as well as other minimalist works like "F (Nothing left unsaid)" and "F (DONT)." The paintings at first sight demand aesthetic interpretation, provoking people with untrained eyes to feel as if they are in the dark, a point the painter strains to delve into.

"Ostrowski started out his career as a figurative painter. But in defiance of the difficult aesthetics in paintings as well as the possibility of correcting errors in oil paintings, he adopted a dramatic style change in 2014, converting to abstract painting," the gallery's Exhibition Director Sung Shin-young said in a press preview of the show Thursday.

As a result, he left any established art theories out of his works, depending instead on the beauty of accidentality, emptiness and unskillfulness that are contrary to the mainstream standards of art.

"With such attempts, he demonstrates that things that are substandard, unartistic and valueless can be artistic," the director noted.

Bereft of any premeditated symbols, the painter also transfers the reception of his paintings entirely to the personal, unprofessional interpretation of common people, according to the director. 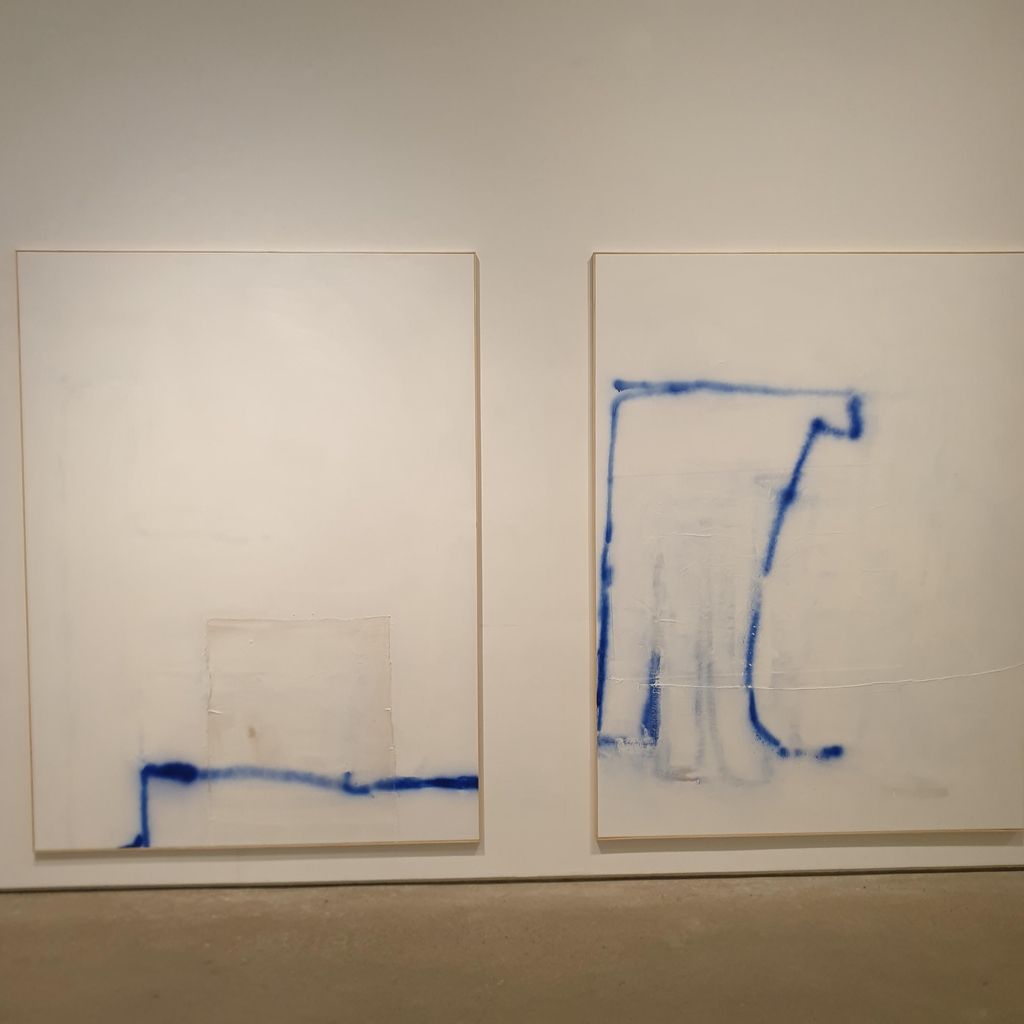 Unlike the accidental quality of his paintings, however, Ostrowski deeply involved himself in the placement of each painting in the gallery space for the latest solo exhibition.

In accordance with his centimeter-specific directions, the paintings were hung very low on the wall so as to require visitors to look down on the paintings, instead of looking up.

He also placed an art piece of high-end wool carpet under his ceiling-hung paintings so that visitors can step onto an art piece.

"This also constitutes the painter's resistance to the frequent restriction that keeps visitors from coming close to artworks," Sung said.

Ostrowski is also widely known for his commercial popularity among art collectors, including Ivanka Trump, as seen on her controversial Instagram feed.

Some works in the 15-piece collection featured in the Seoul exhibition were already sold to local art collectors as soon as they arrived in the country, according to the gallery.

The painter himself planned to travel to South Korea on the occasion of his first solo exhibition here but canceled the plan due to the COVID-19 pandemic.

The exhibition runs from Wednesday to May 18. 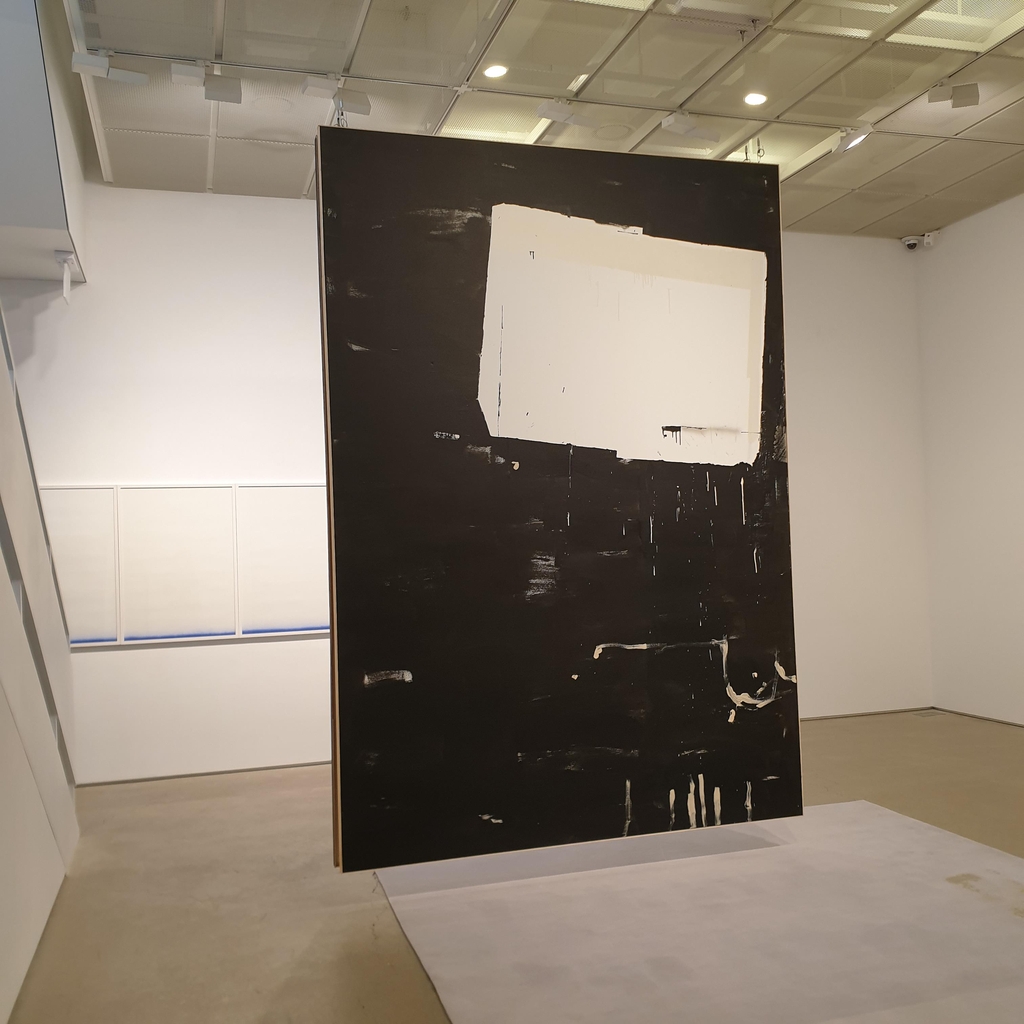