Cho's remarks came during a weekly conference call with his counterparts from six countries, including the United States and Japan, as many countries have banned the entry of foreigners and tightened border controls to stop any influx of COVID-19.

"Vice Minister Cho explained that our government has left open separate entry procedures for essential economic exchanges, and he expressed expectation that countries will work together to build standards to maintain essential movements despite the spread of COVID-19," the ministry said in a press release.

To prevent any imported COVID-19 cases, Seoul now puts all arrivals from overseas under a 14-day quarantine. But it has not implemented any sweeping entry ban, except for barring the entry of people from China's central Hubei province where the virus first emerged in December.

In the conference call, participants discussed a series of pending issues such as providing humanitarian aid to countries vulnerable to COVID-19 outbreaks, maintaining global supply chains and cooperating in each country's efforts to bring home their citizens from virus hot spots.

Cho explained that through close cooperation with partner countries, South Korea has been able to bring home more than 4,000 citizens from overseas, and called for continued cooperation in consular affairs.

The conference, the third of its kind since March 20, was also joined by Stephen Biegun of the United States, Takeo Akiba of Japan, Frances Adamson of Australia, Chris Seed of New Zealand, Harsh Shringla of India and Bui Thanh Son of Vietnam. 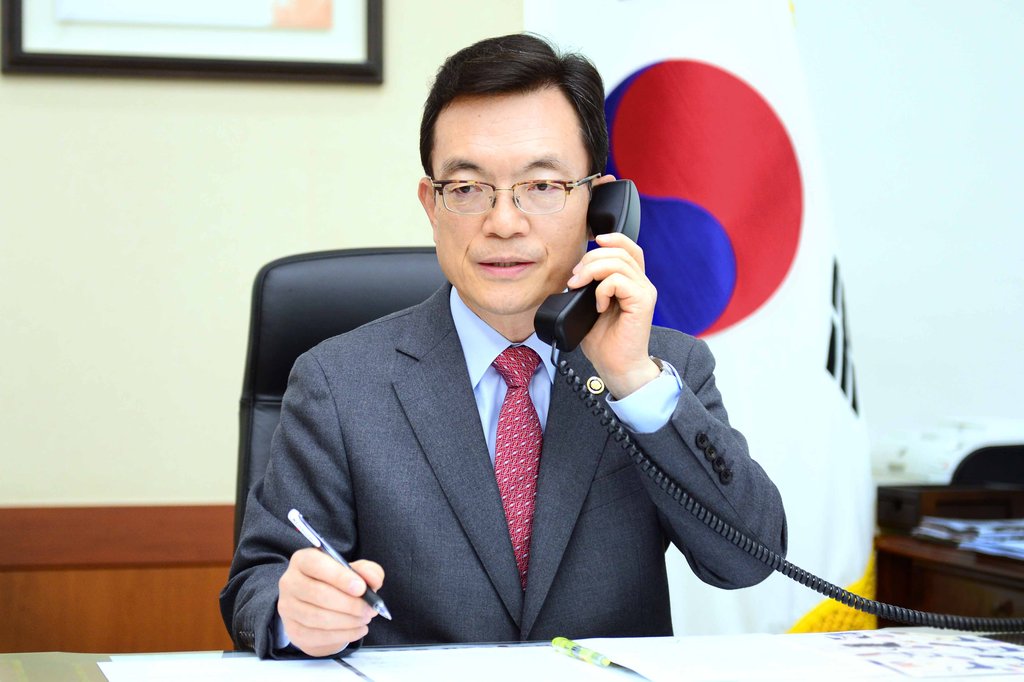